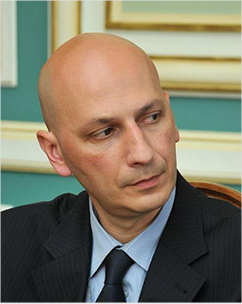 Zaza Vashakmadze CHAIRMAN OF THE STATE AGENCY FOR RELIGIOUS ISSUES

2008-2010 – St. Andrew the First-Called Georgian University of Patriarchate of Georgia, faculty of    Theology, Master of Theology in Ecclesiastical Law and History

Is the author of several books and monographs:

„Interim Management of the Georgian Church”

Also the co-author and editor of the following publications:

"Freedom of Religion Under the Georgian and International Legislation”

Photo album „Faith is an act of Freedom“