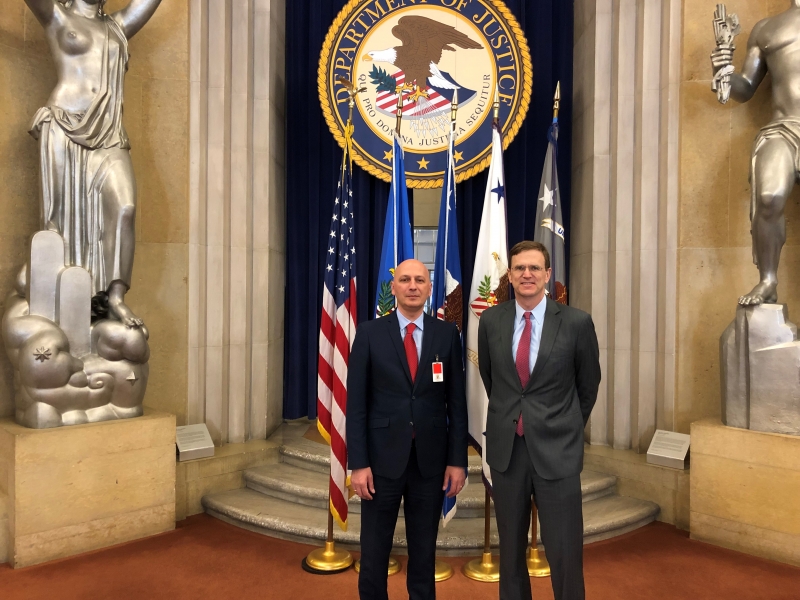 
Within the official visit to Washington, Zaza Vashakmadze, the chairman of the State Agency for Religious Issues held a meeting with Eric Trin the Special Representative of the Civil Rights Office of the US Department of Justice on Religious Discrimination.

At the meeting, Zaza Vashakmadze introduced the host to the situation in Georgia in the direction of freedom of religion, about the steps taken by the Georgian state, particularly in 2018-20, and the trainings carried out within the framework of the Government Action Plan, mechanisms for funding

The Chairman of the agency provided the detailed information on religious discrimination and religious buildings in the occupied regions of Georgia, a video footage reflecting the current status of the Orthodox Churches in the occupied region of Abkhazia. He also presented Eric Trin with a photo album "Religions in Georgia” issued by the State Agency for Religious Issues "and the agency’s report for 2017-18.

Eric Trin expressed concern over the restriction of freedom of religion and belief in the occupied Abkhazia and Tskhinvali and due to the facts of discrimination of ethnic Georgian population. He condemned the vandal acts of disrupting the Georgian Orthodox cult buildings and removing cultural identity in them. The Department of Justice has positively assessed the activities of the State Agency for Religious Issues in this regard.

At the end of the meeting, Eric Trin expressed a desire to visit Georgia and get acquainted with the Georgian religious policy. The sides agreed on the development of joint projects in the direction of protecting freedom of religion, both at local and regional levels.