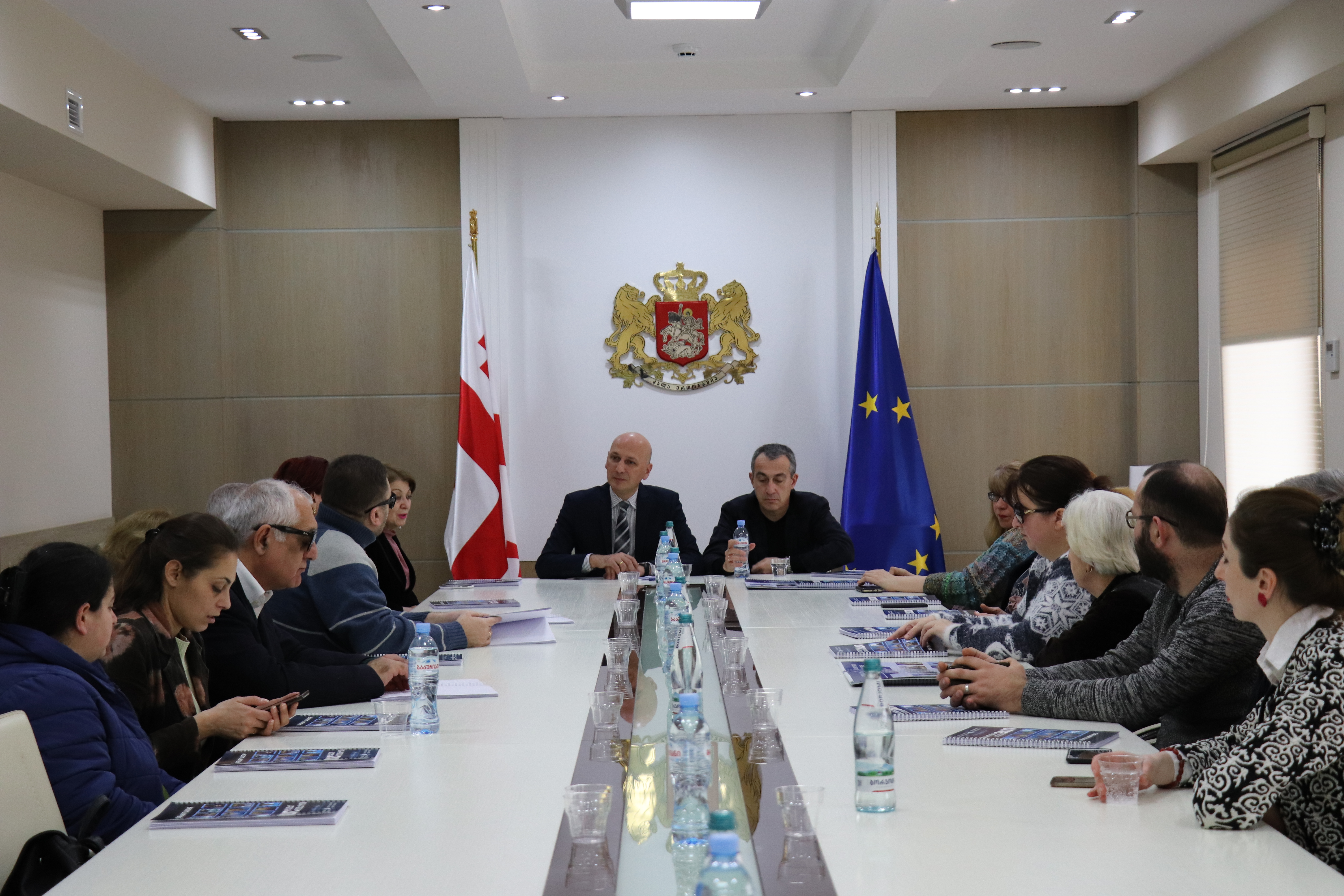 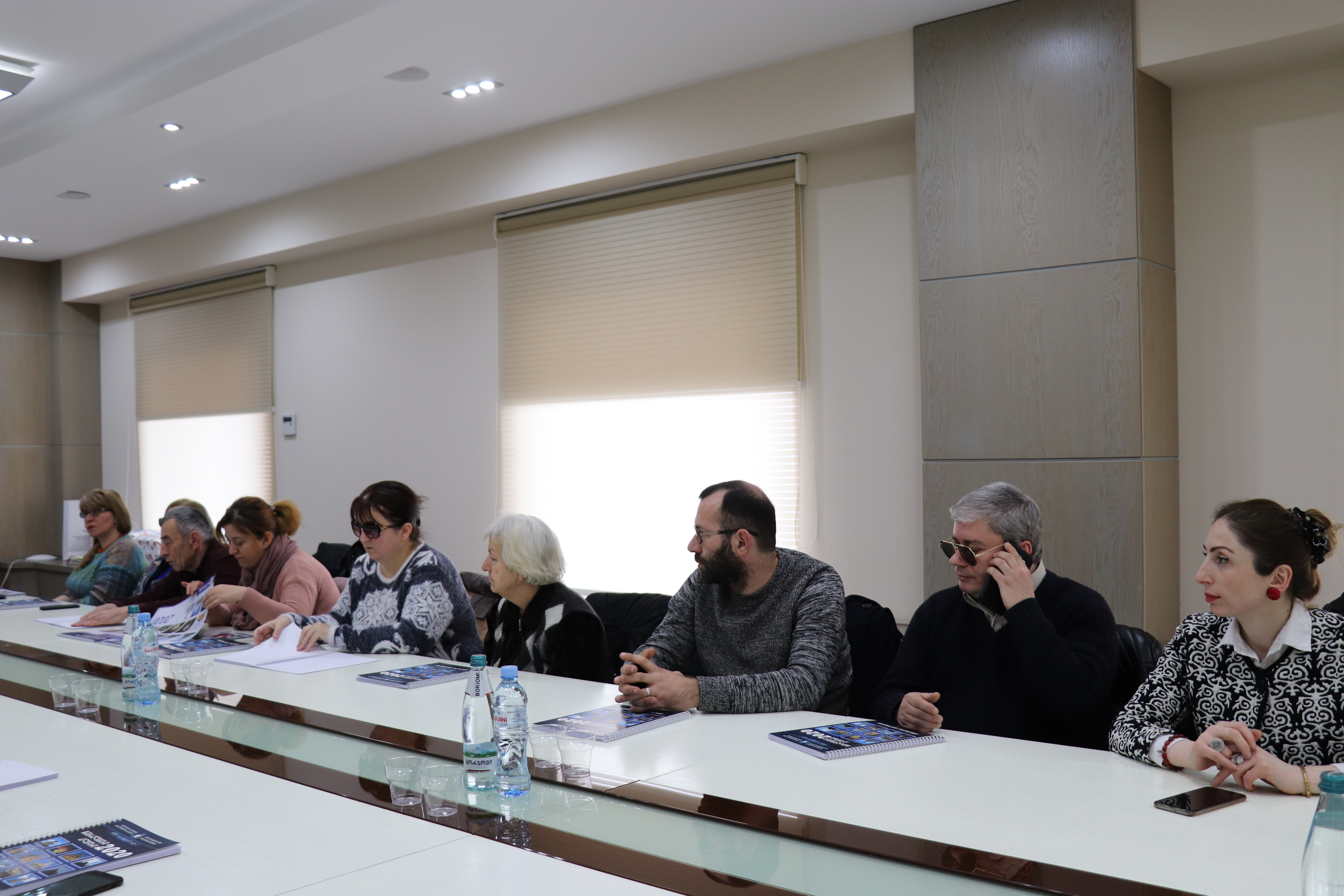 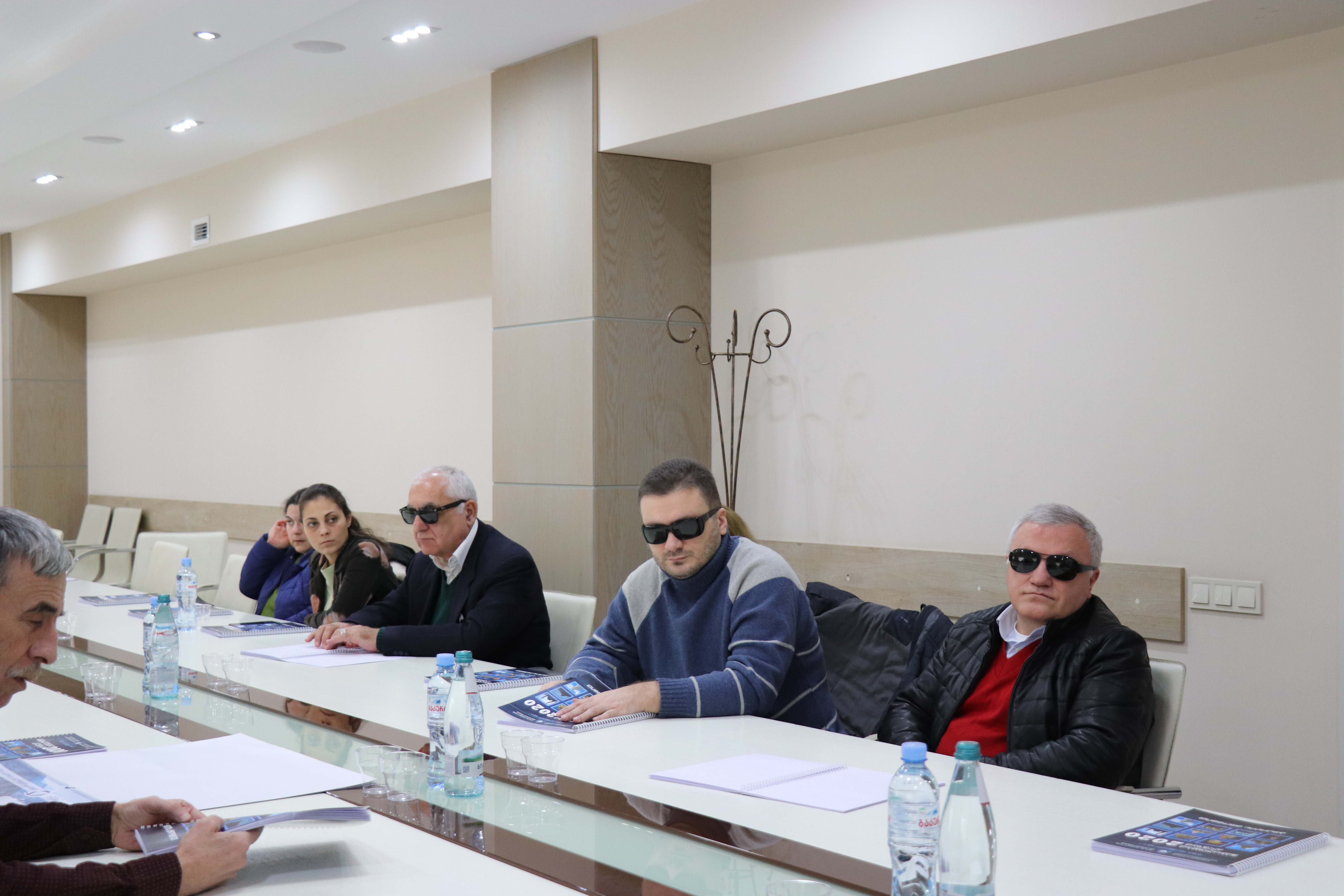 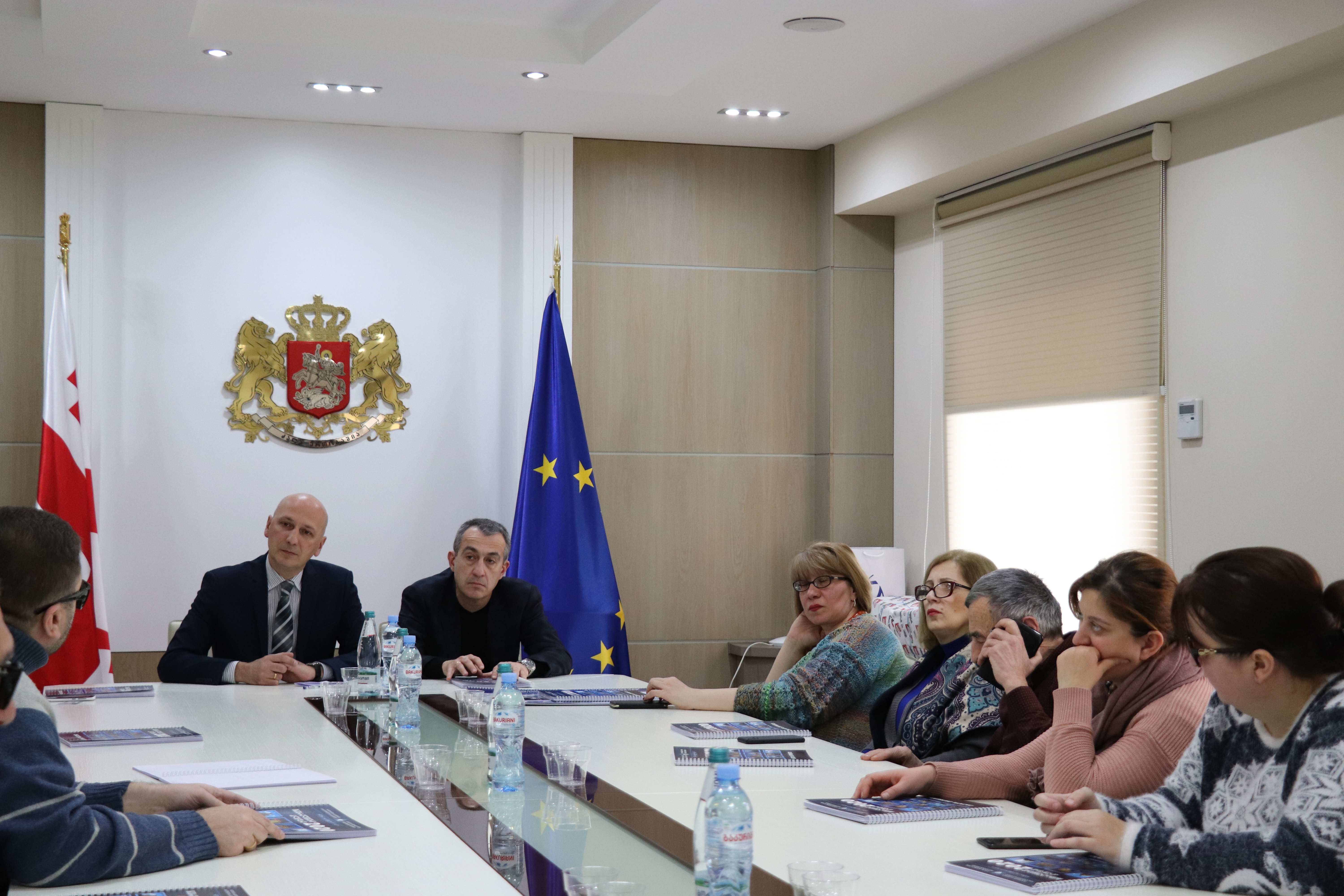 
Today, on the 17th of January at the Administration of the Government of Georgia, the State Agency for Religious Issues held the presentation of the interreligious calendar printed in Braille. The event was attended by the chairman of the Union of the Blind, Revaz Maisuradze, and the members of the Union, Tinatin Sabauri, acting principal of the Boarding School N202 for the blind and visually impaired and Boarding Teachers.

The guests were welcomed by the chairman of the State Agency for Religious Issues Zaza Vashakmadze, who noted that the agency has been implementing a social project - interreligious calendar in Braille - for the third year, which fully meets the requirements of Braille font users in Georgia. This is a social project implemented by the agency of religion and thus expresses its position - to raise public sensitivity towards people with disabilities. Zaza Vashakmadze also voiced a new initiative - to publish one of the Gospels in Braille.

The guests thanked the agency and asked for a motion to publish “The Knight in the Panther’s Skin” in Braille. They also expressed a desire for religion to be taught in schools.

The meeting was attended by the deputy chairman of the agency of religion Giorgi Ukleba and the Head of the agency's Office of Strategic Research, Analysis and Regions Nino Chavchavadze.