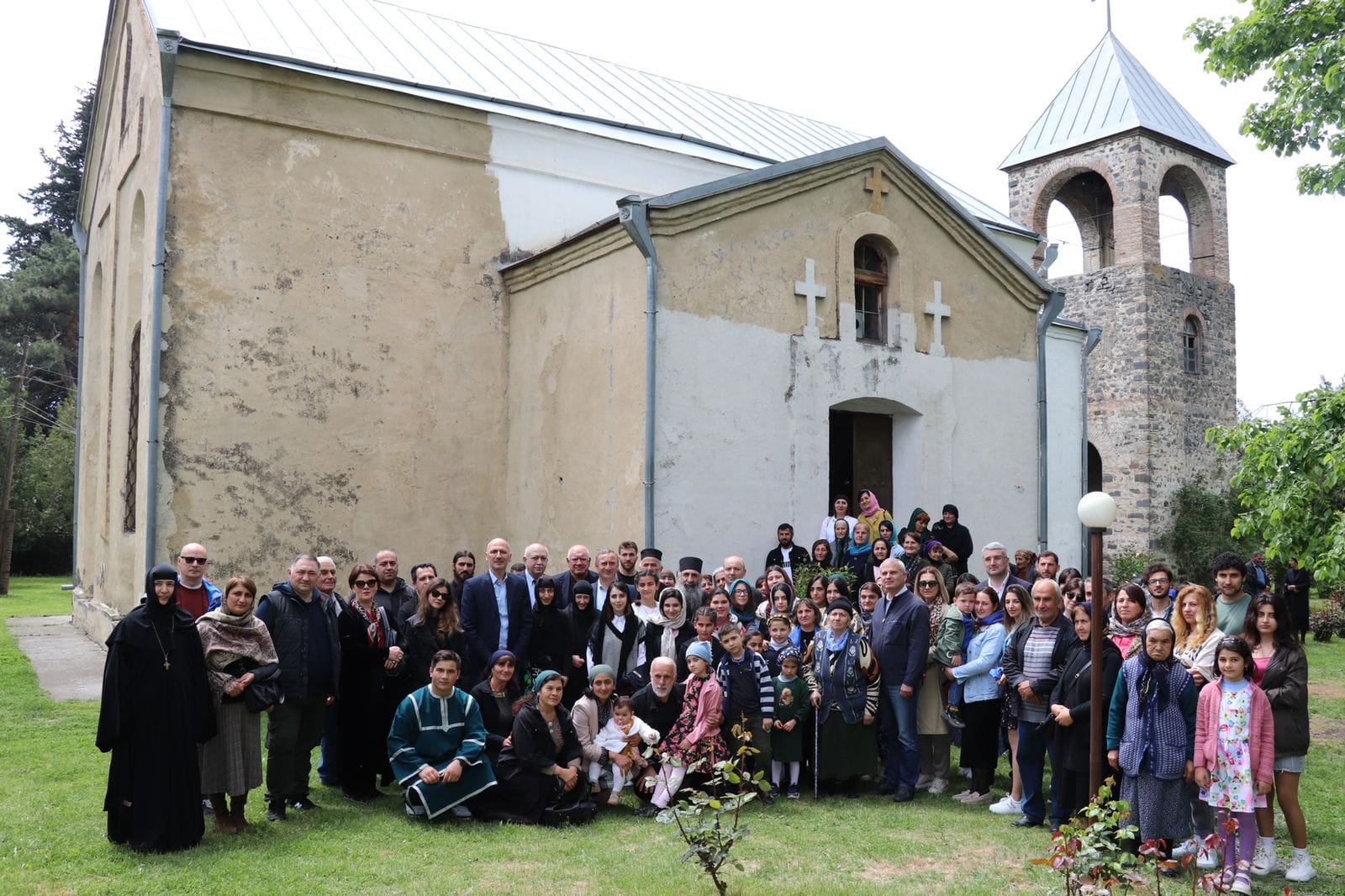 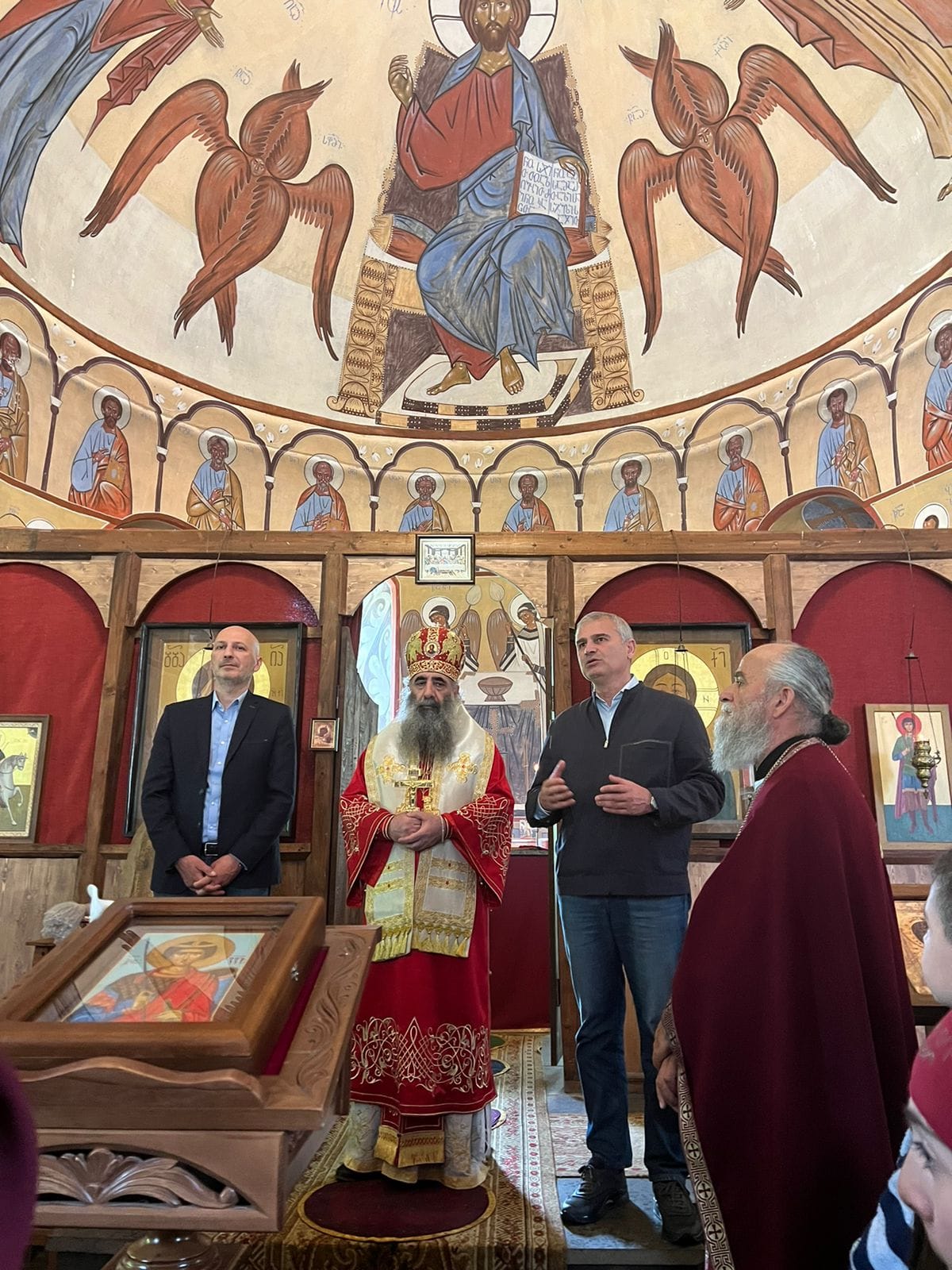 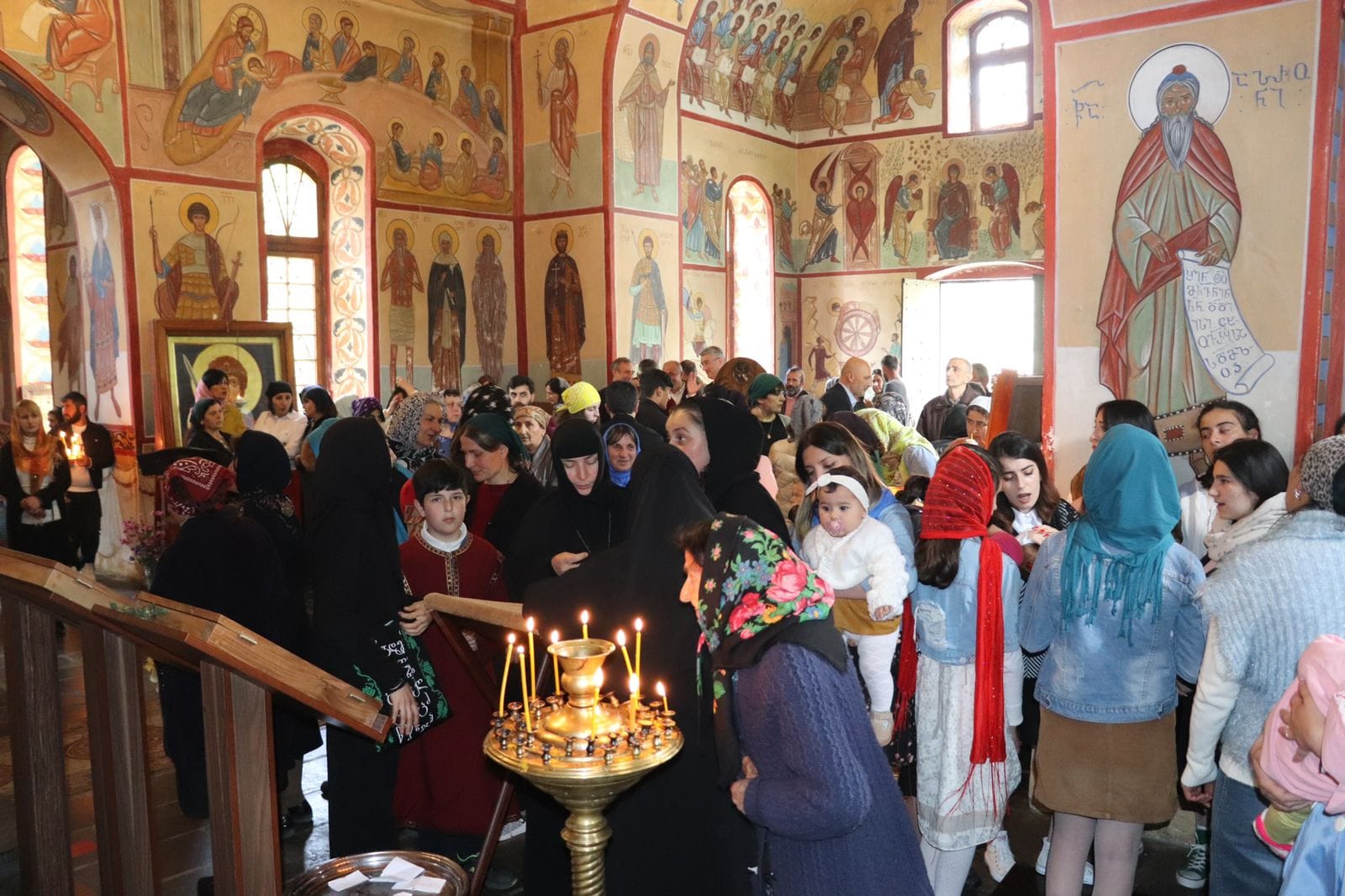 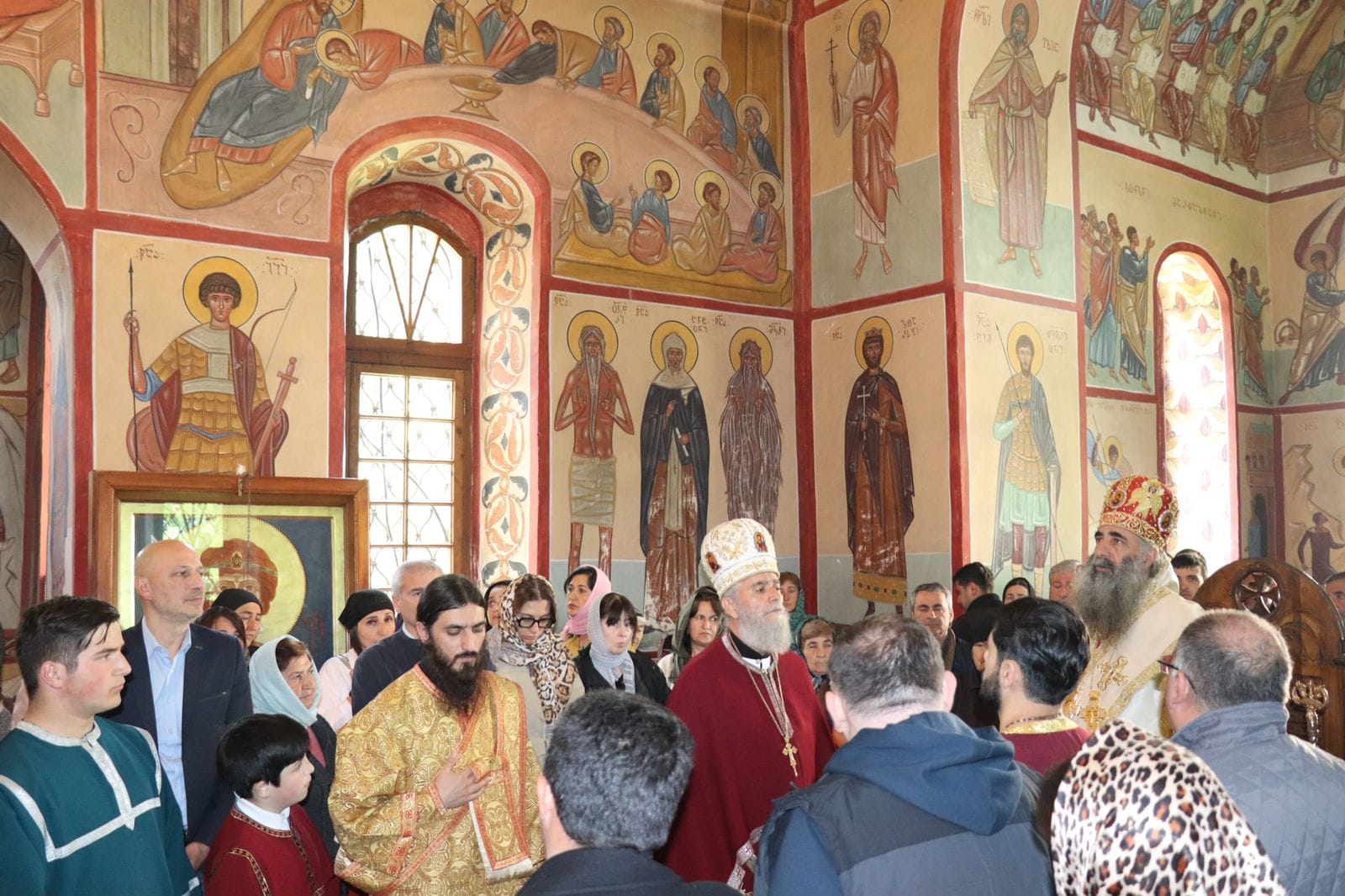 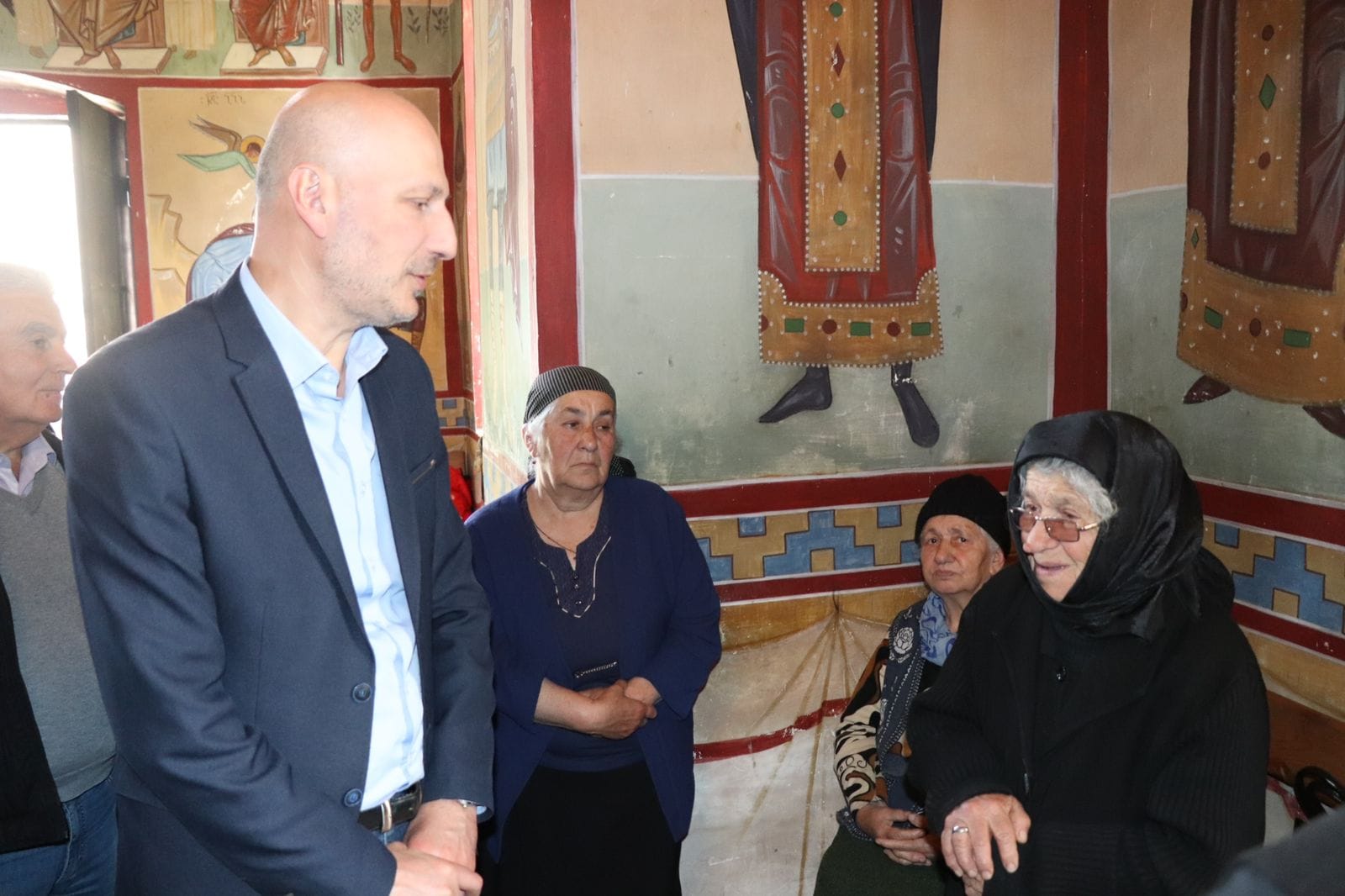 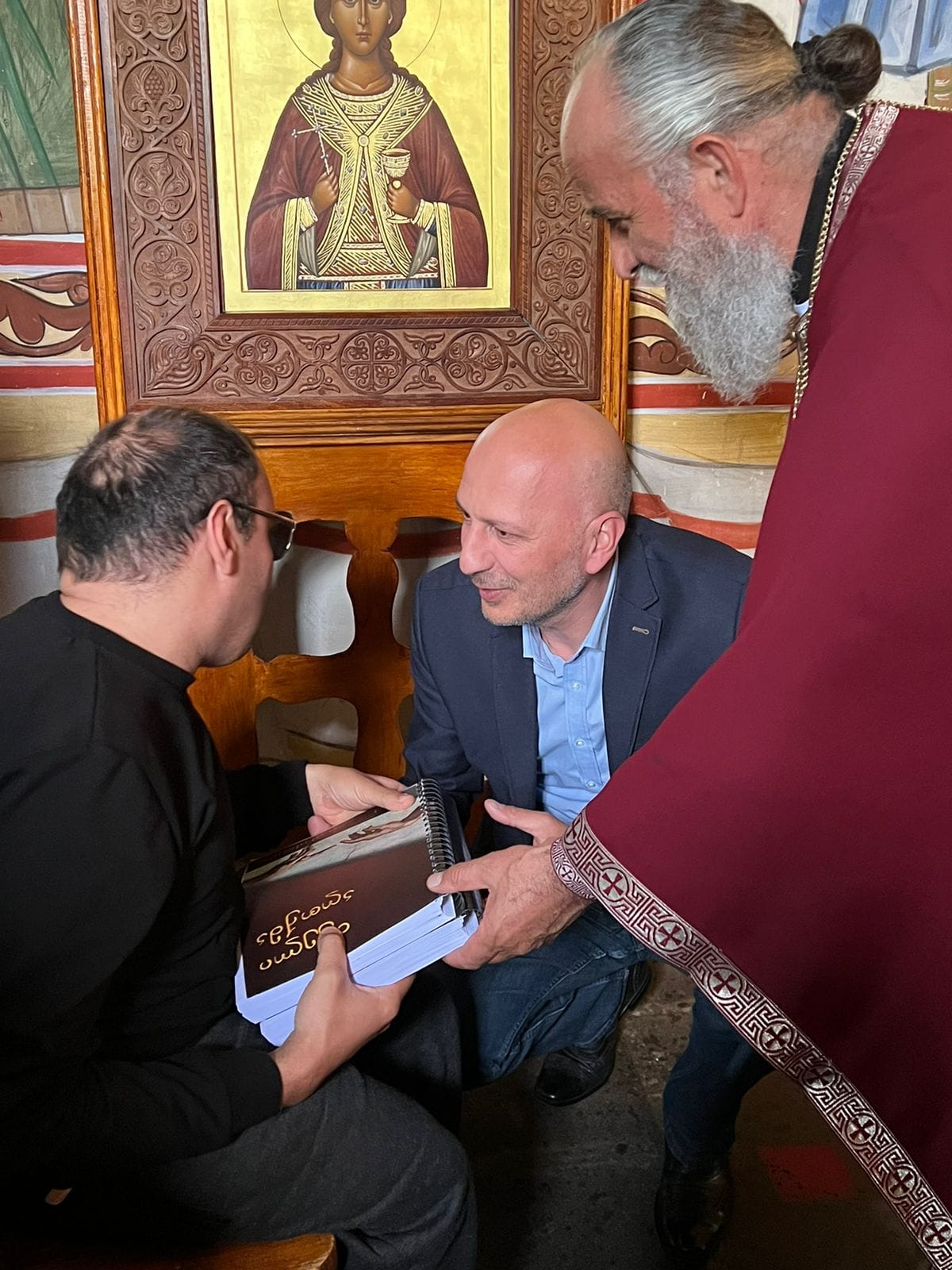 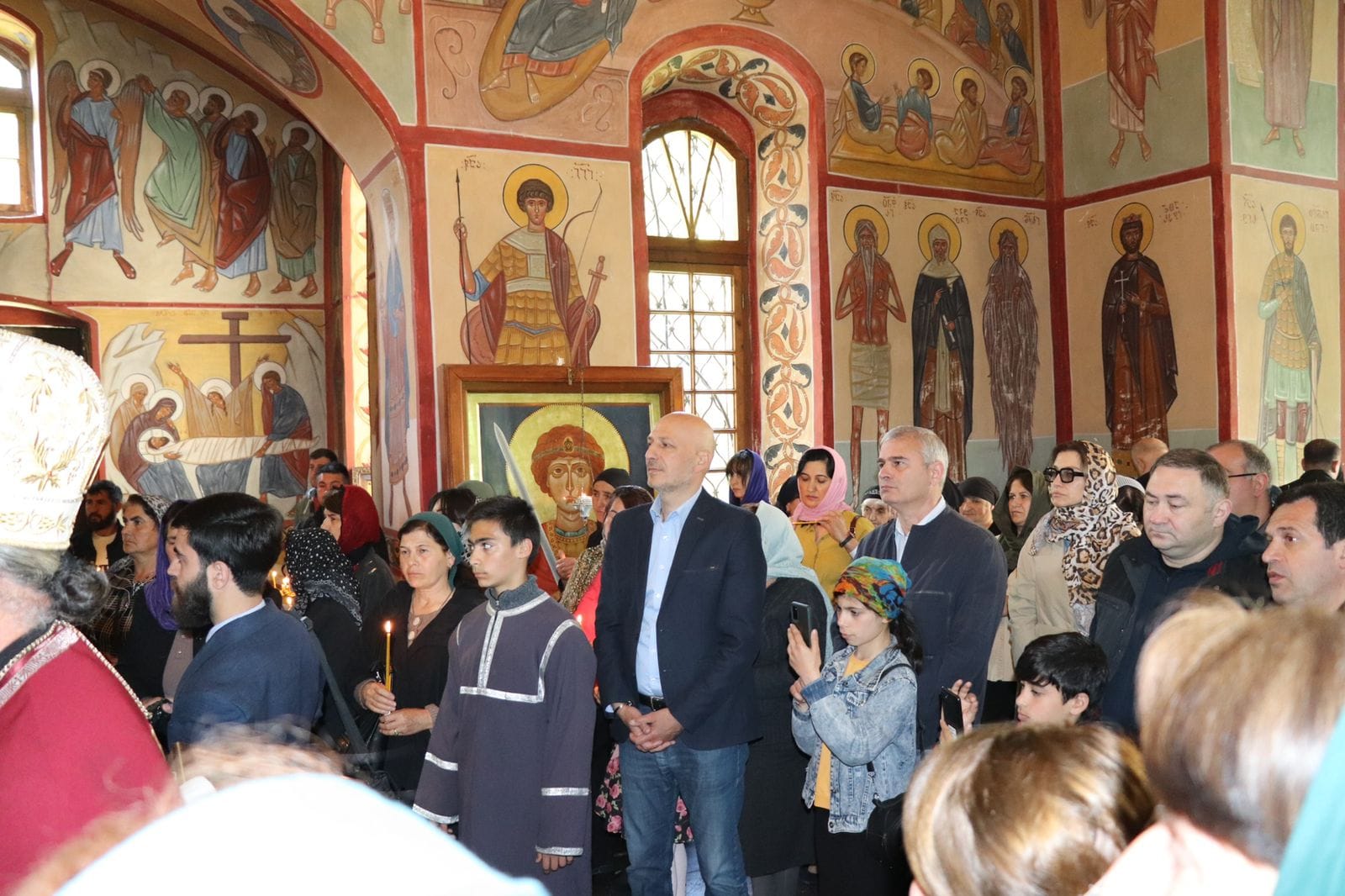 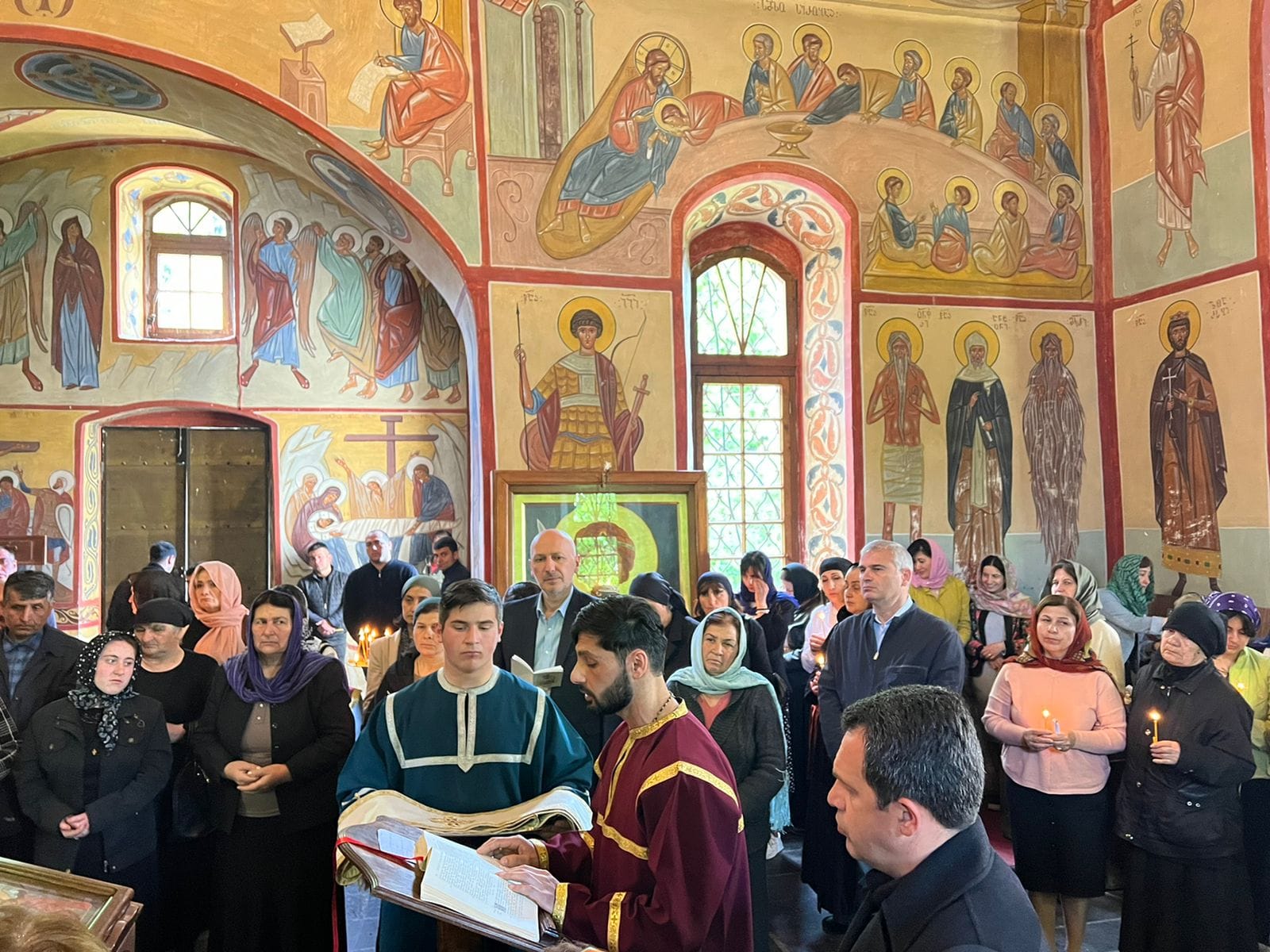 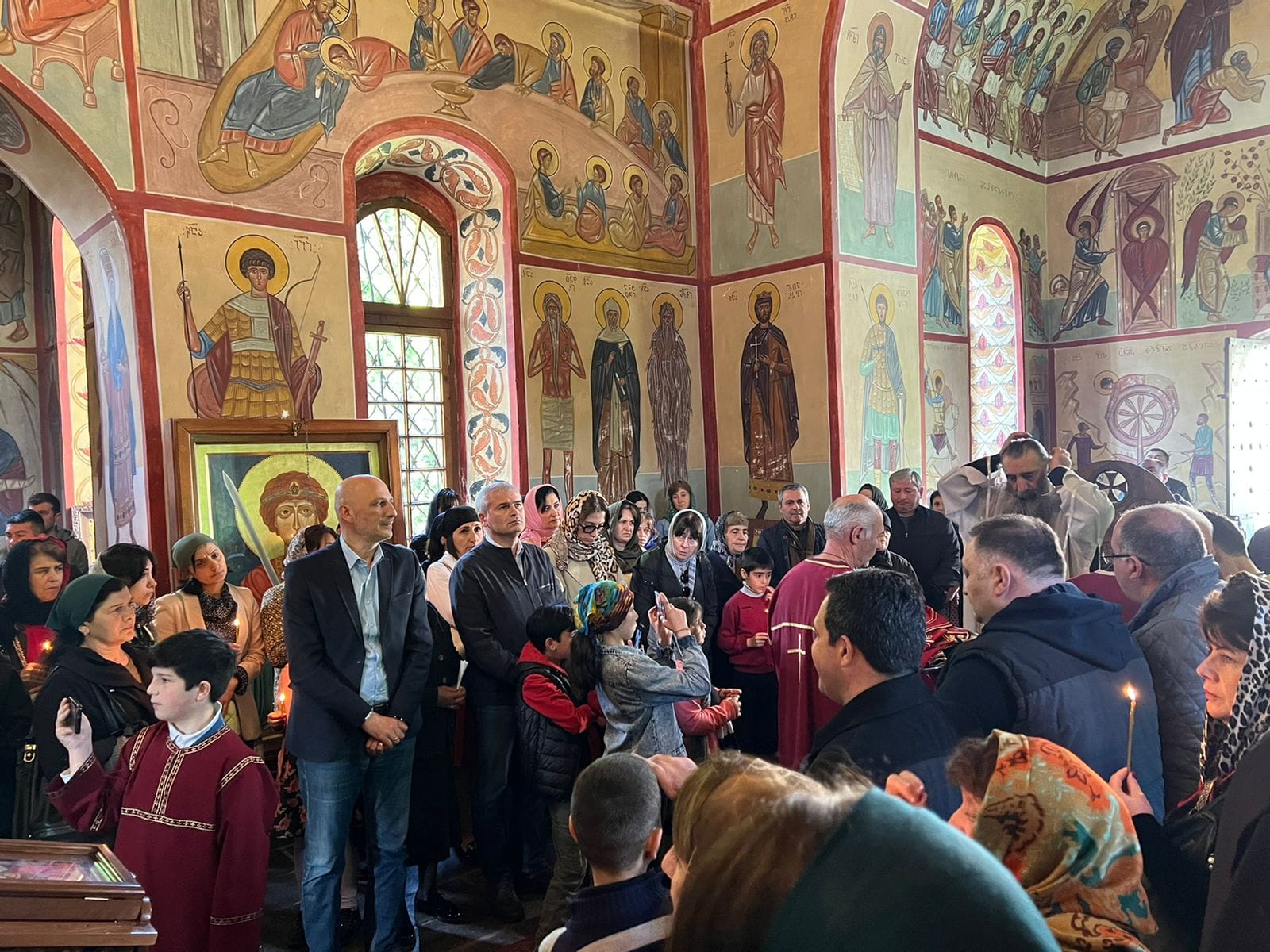 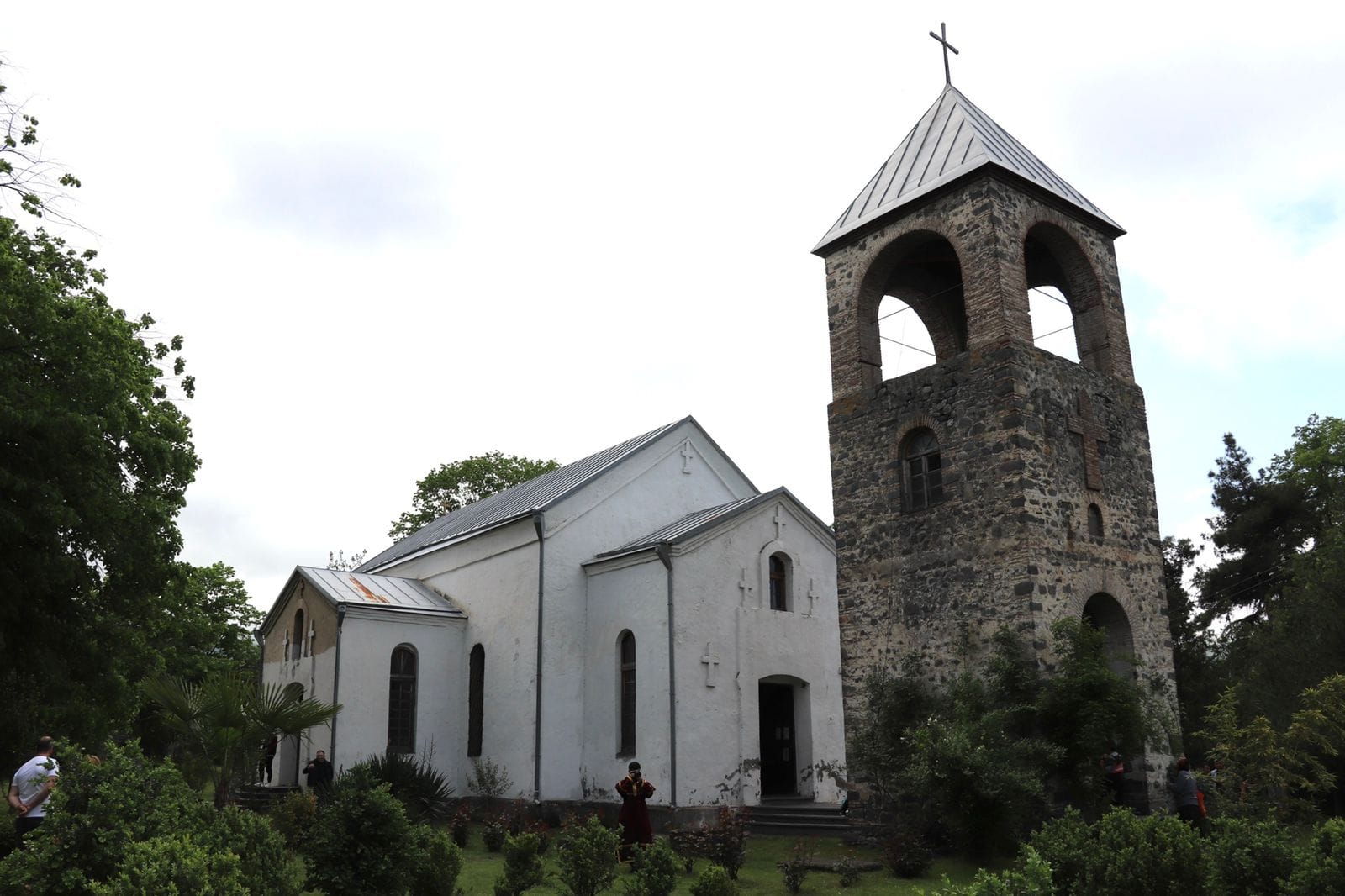 
The Orthodox world celebrates St. George's Day - today is the day of the execution of St. George the martyr of Cappadocia. In the occasion of the holiday, a delegation left for the Kakhi district of Azerbaijan, which includes the representatives of the Georgian Patriarchate, Parliament, State Agency for Religious Issues, Kakheti Administration of State Representative and Lagodekhi City Hall, namely: Metropolitan of Akhaltsikhe and Taoklarjeti, Acting Governor of the Diocese of Khornabuji, Hereti and Nekresi Metropolitan Theodore (Chuadze) and representatives of the Patriarchate, Chairman of the State Agency for Religious Issues, Zaza Vashakmadze and staff of the Agency, MPs Irakli Kadagishvili and Guram Macharashvili, Deputy State Representative in Kakheti, Givi Metreveli and the staff of the Administration, Chairman of Lagodekhi Municipality, Karlo Jamburia.

The members of the delegation visited Kakhi district, where the Metropolitan of Akhaltsikhe and Taoklarjeti, Theodore, and the head of Kakhi St. George’s Church, Priest Petre Khumarashvili conducted a service in St. George's Church.

At the end of the sermon, Metropolitan Theodore thanked the Chairman of the State Agency for Religious Issues, Zaza Vashakmadze, whose great merit, according to the Reverend, was the visit of the delegation to Kakhi district.