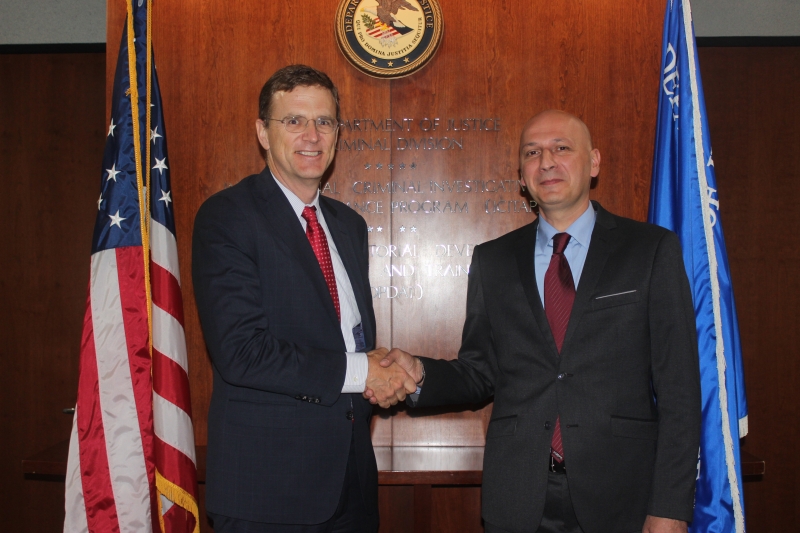 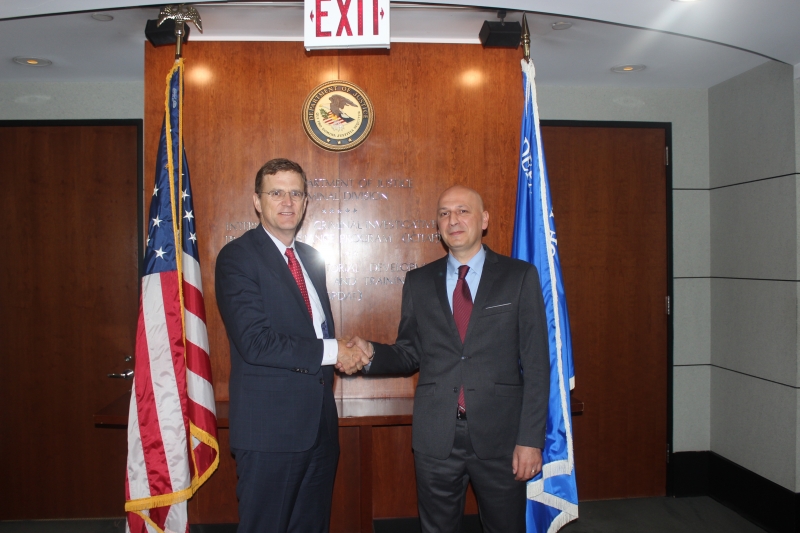 
In the frames of the official visit to Washington, Zaza Vashakmadze, the Head of State Agency for Religious Affairs, held a meeting with the Special Representative of US Civil rights office of the Justice Department in fields of Religious discrimination - Eric Trine and Eurasian Director of US Criminal office of the Justice Department – Katerina Nickambe.

At the meeting, Zaza Vashakmadze introduced hosts about the situation in Georgia in terms of freedom of religion, the steps taken by the Georgian state, in particular the funding of religious organizations and the mechanisms of religious buildings restitution.

Eric Trine and Katerina Nickambe positively evaluated the activities of the Religious Agency, approved by the Funding of Religious Organizations and Promotion of Religious Freedoms, as well as the activities carried out by the Agency for Raising awareness of public servants in the direction of religious neutrality.

Representatives of the Department of Justice of the United States were interested in religious and ethnic diversity in Georgia, with the main challenges in this direction, which is confronted with inter-religious peaceful coexistence.

At the end of the meeting, the Parties agreed on bilateral cooperation in the protection of freedom of religion at both local and regional levels. The hosts expressed their desire to visit Georgia in order to get more detailed information about Georgian religious policy.