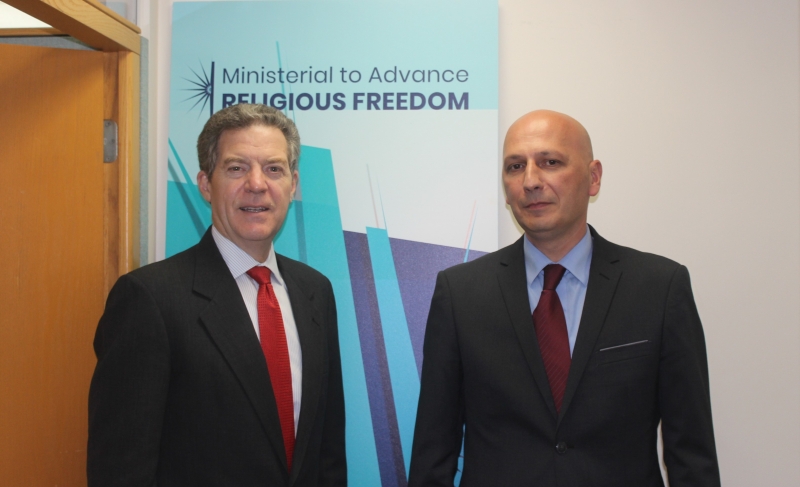 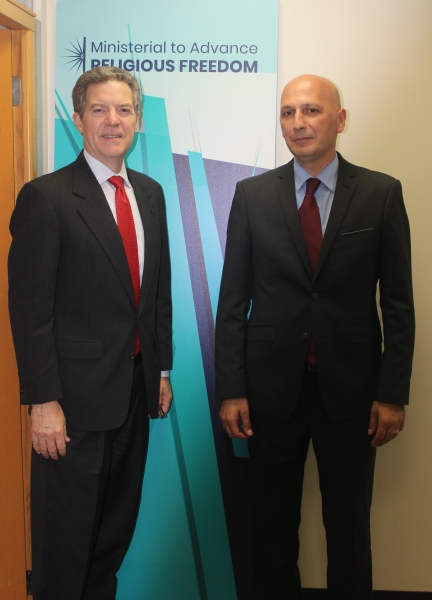 
In Washington the “Ministerial to Advance Religious Freedom” dedicated to freedom of religion was held under the patronage of the US Secretary of State Mike Pompeo. In which Zaza Vashakmadze, the chairman of the State Agency for Religious Issues took part. After the ministerial Chairman held meeting with Americas International Religious Freedom ambassador – Sam Brownback.

The host thanked  Zaza Vashakmadze for the participation in the Ministerial. He emphasized the importance of Georgia and the US strategic partnership, and also expressed concern over Russia's aggressive policy towards Georgia.

Sam Brownback was interested in the situation in the occupied Regions of Georgia concerning freedom of religion, persecution and harassment of Georgian Orthodox Church in these regions, restriction of worship, as well as the survival and preservation of Georgian religious structures.

The Ambassador has evaluated the activities of the Agency of Religions positively and promised support in future, according to his statement, Georgia-US strategic partnership will further deepen in the direction of freedom of religion.

At the end of the meeting, Ambassador expressed his desire to visit Georgia and offered the Georgian delegation to implement Georgian-American joint projects in future to promote freedom of religion.