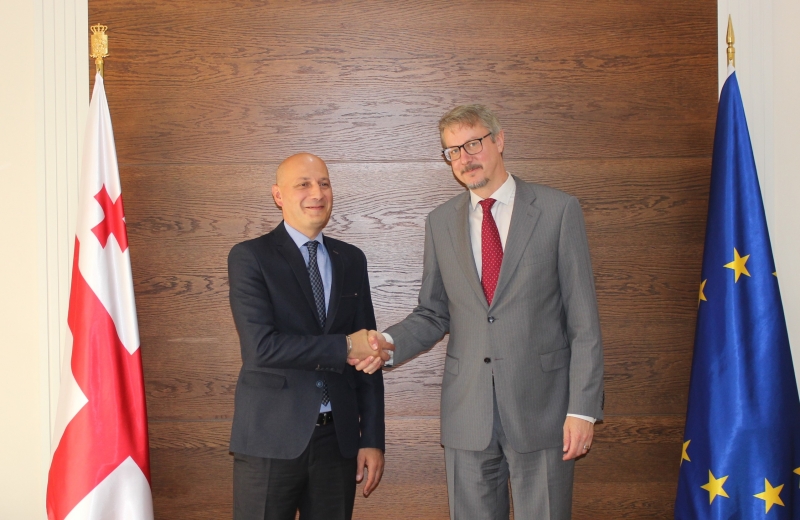 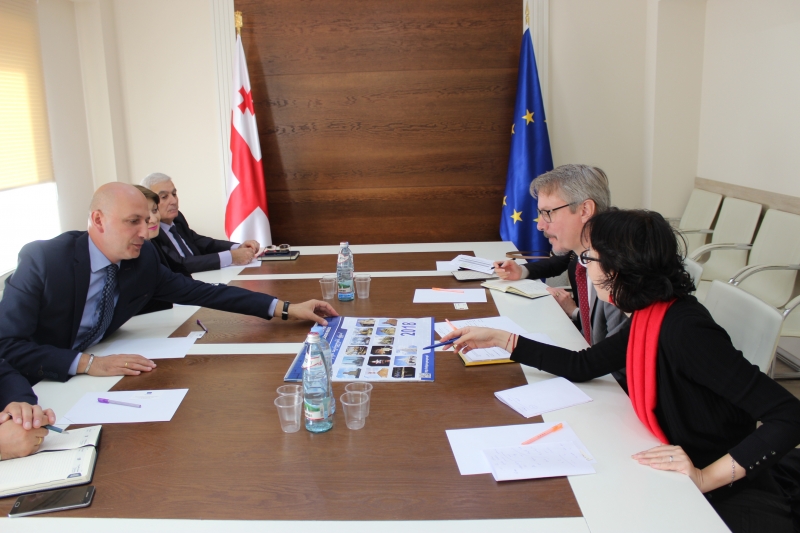 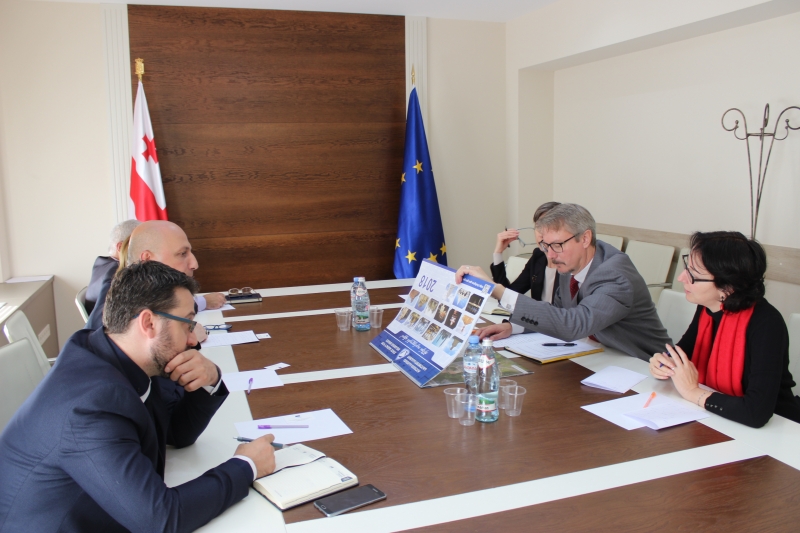 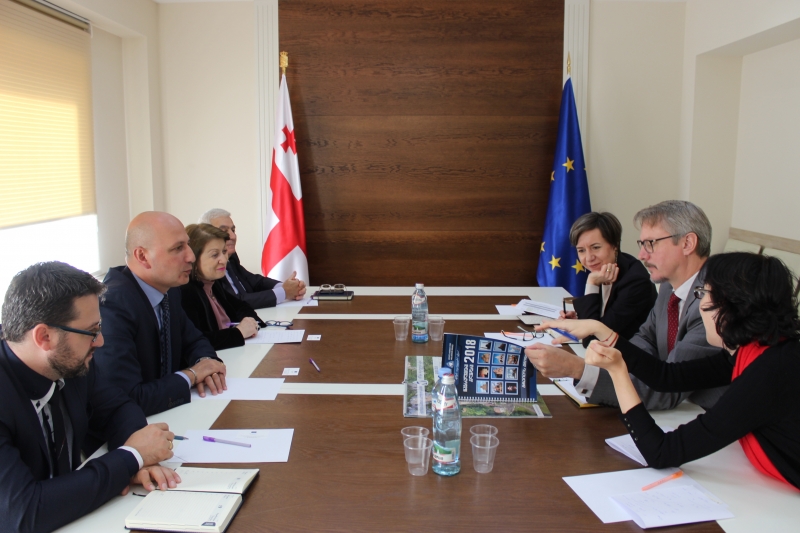 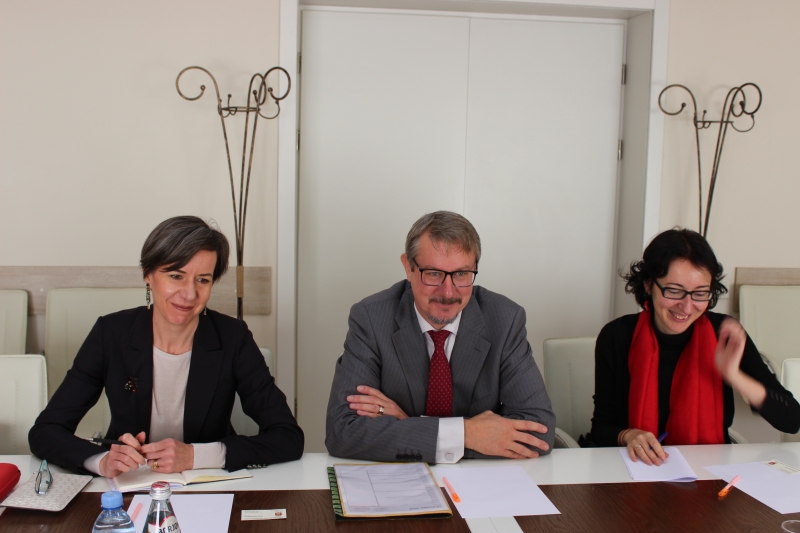 
Today at the Administration of the Government of Georgia the meeting between the chairman of the State Agency for Religious Issues Zaza Vashakmadze and the newly appointed Ambassador of the European Union to Georgia Mr. Carl Hartzell was held.

At the meeting the Chairman introduced the Ambassador to the establishment and the activities of the agency, religious, demographic and ethnic characteristics of Georgia and to the successful steps taken by the state towards the religious minorities. Namely, financing of the confessions and the mechanisms of transferring religious property to them. Zaza Vashakmadze also talked about the projects developed, the conferences held and the trainings implemented by the State Agency for Religious Issues within the framework of the Human Rights Governmental Action Plan.

Carl Hartzell thanked Zaza Vashakmadze for the provided information. The Ambassador has positively assessed the activities of the Religious Agency in the field of human rights and freedom of religion and expressed desire to implement joint projects in this direction.