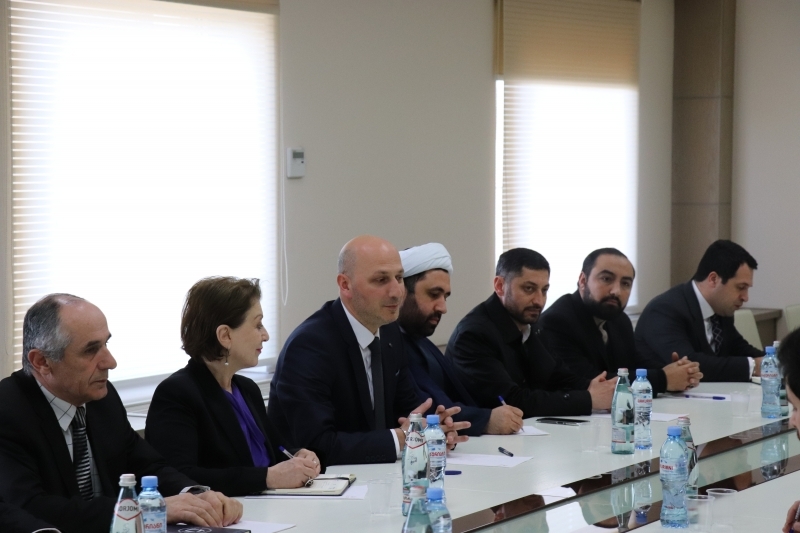 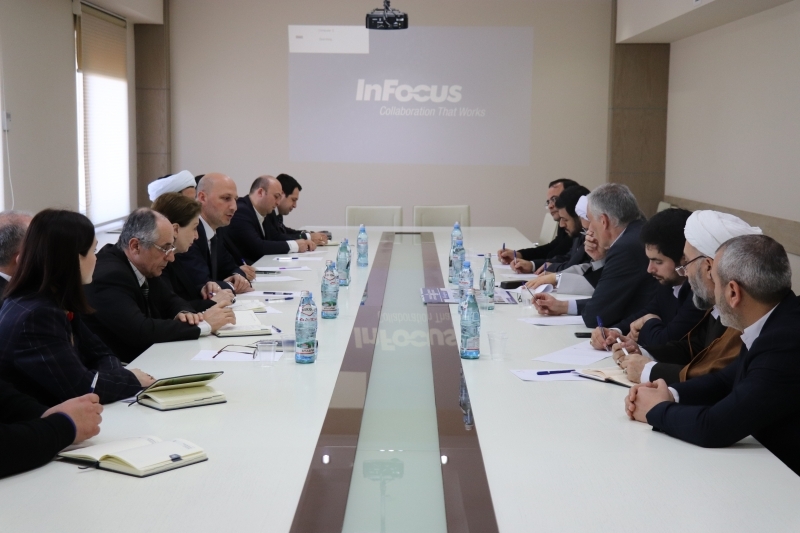 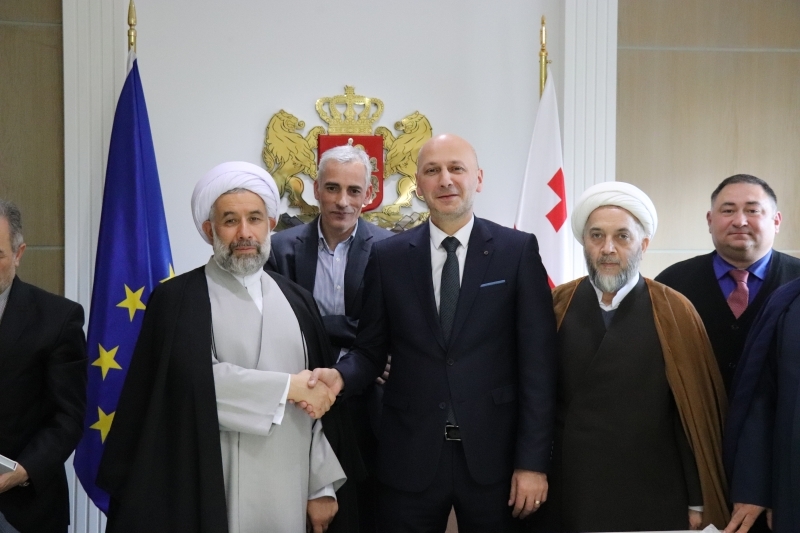 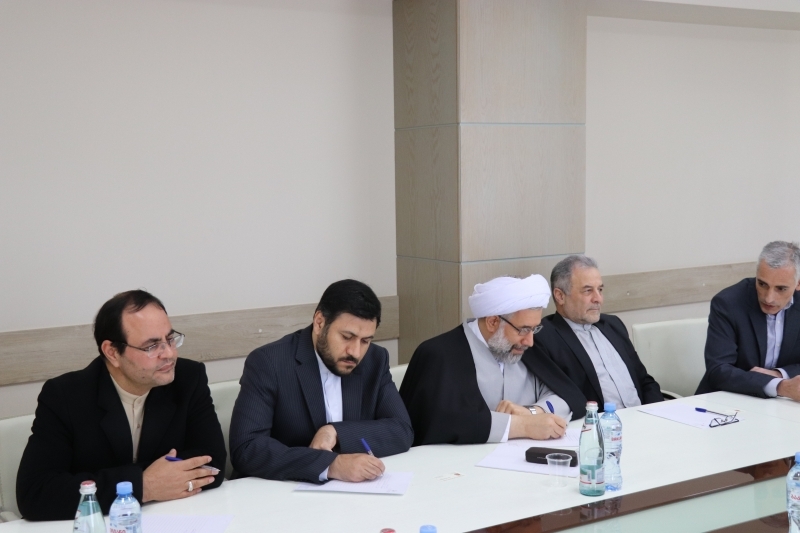 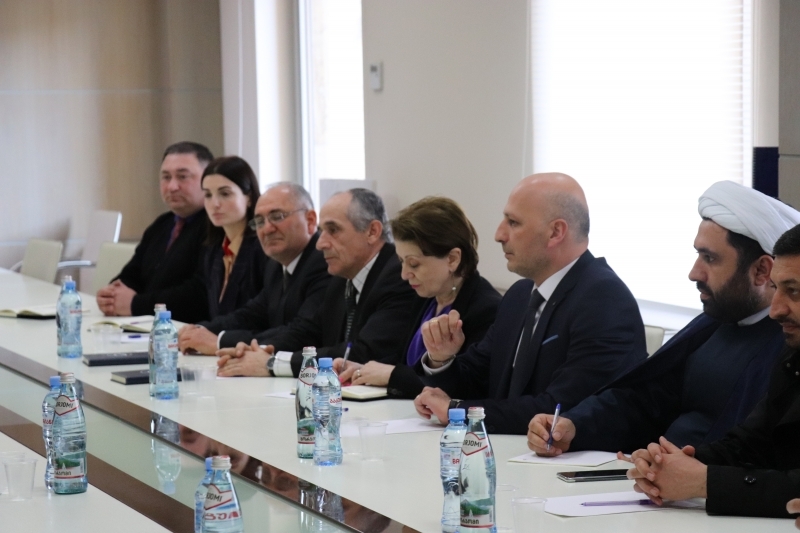 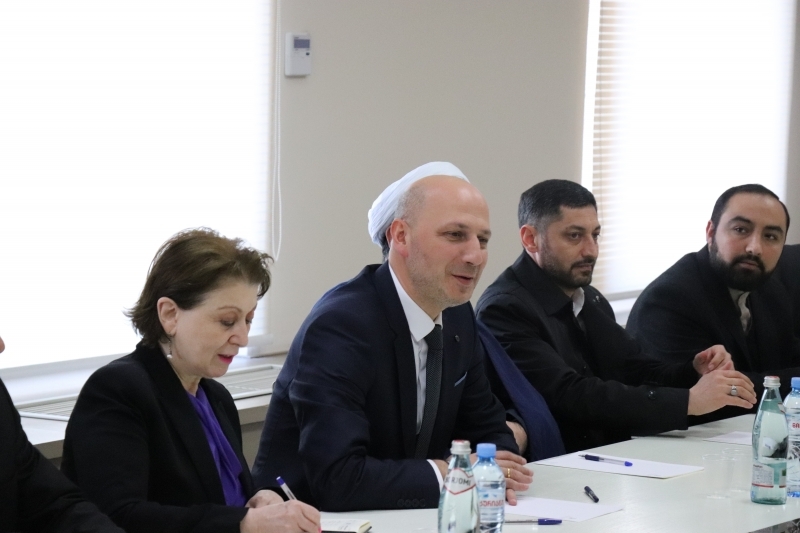 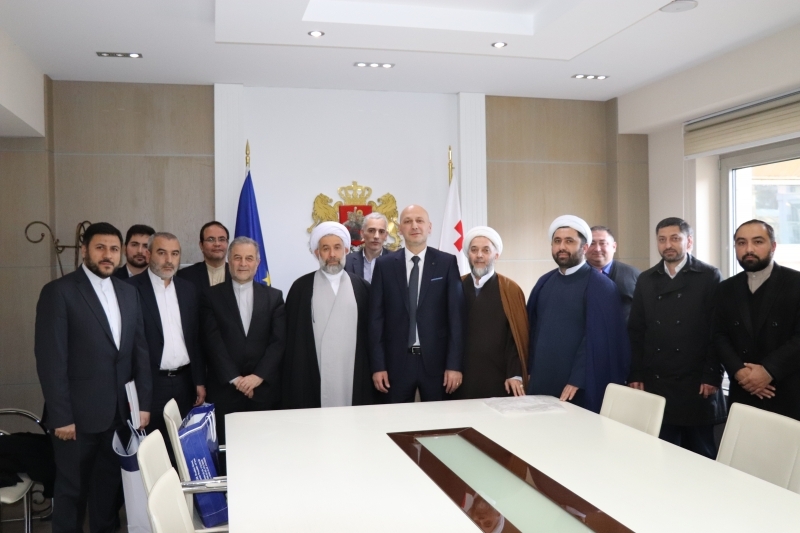 
On March 1, the chairman of the State Agency for Religions Issues Zaza Vashakmadze, the agency staff and Georgian Sheikh Haji Ramin Igidov, Deputy of the Georgian Sheikh Gurban Murguzov and the representatives of the Administration of Muslims of All Georgia hosted the delegation of the Islamic Republic of Iran. The Ambassador Extraordinary and Plenipotentiary of the Islamic Republic of Iran to Georgia, Seyed Javed Chavam Shahidi, Rector of Al-Mustafa University, Dr. Ali Abbas, Deputy Rector, Dr. Mohsin Cambari, the University Representative in Georgia Davood Zaar and cultural attaché of the Embassy of Iran Hamid Mustafavi.

The Chairman of the Agency congratulated the Rector of Al-Mustafa University on the appointment and informing the guests about the activities of the Agency. Sheikh of All Georgia Ramin Igidov said that there was a freedom of religion in Georgia, everyone had an opportunity to self-expression and emphasized the role of the State Agency for Religious Issues in solving the problems of Muslims.

Rector Ali Abbas thanked the Chairman of the Agency for his warm welcome and noted that the Al-Mustafa University of Iran wanted to cooperate with Georgia in the field of religious education. The guest noted that a peaceful coexistence between religions in Georgia was ideal for the whole world. According to him, he is from the city, where the mosque, the Theological School and the market was built by Jusup Gurja. He invited the chairman of the agency to Iran and expressed his desire for future cooperation with the State Agency for Religious Issues.

The Ambassador of the Islamic Republic of Iran Seyed Javad Chavam Shahidi emphasized the high degree of freedom of religion in Georgia and expressed hope that cooperation against religious extremism would be fruitful.