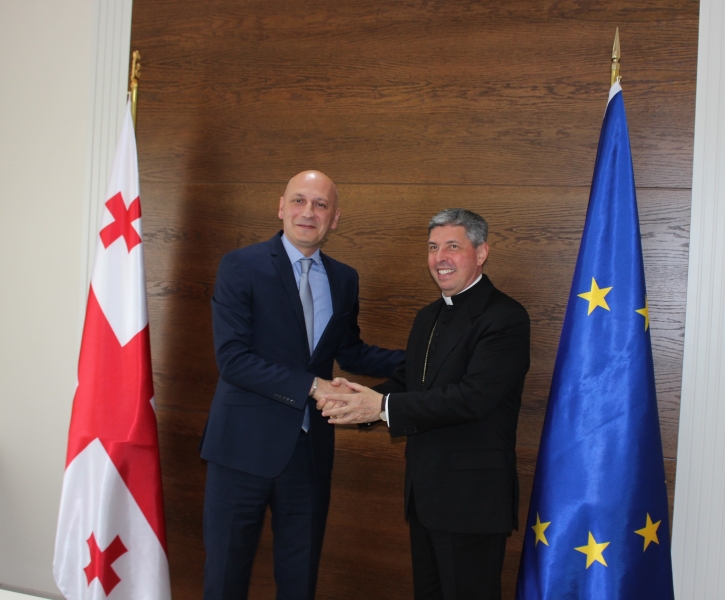 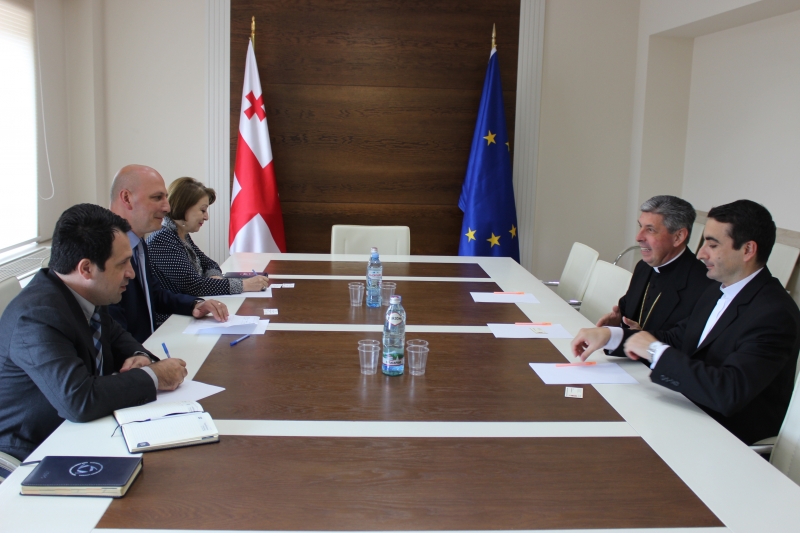 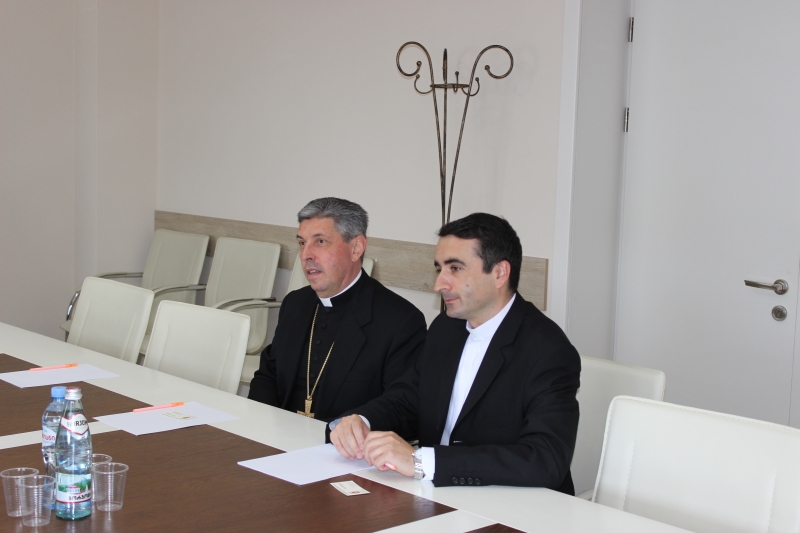 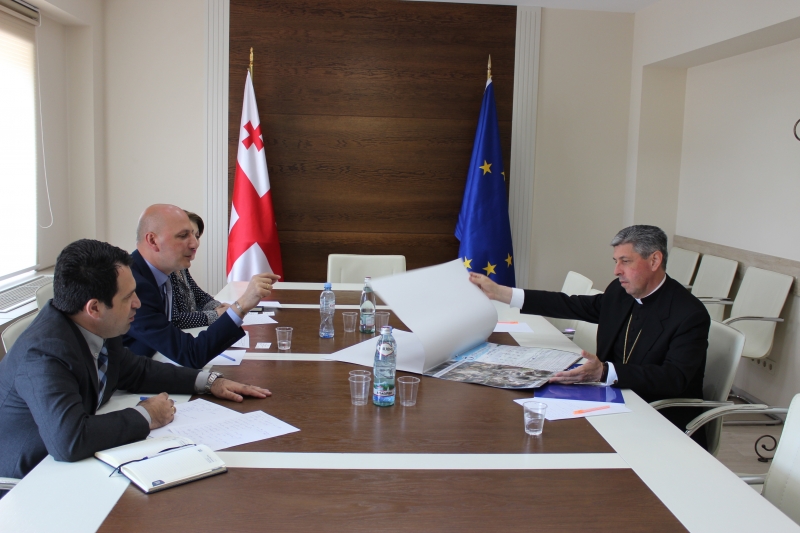 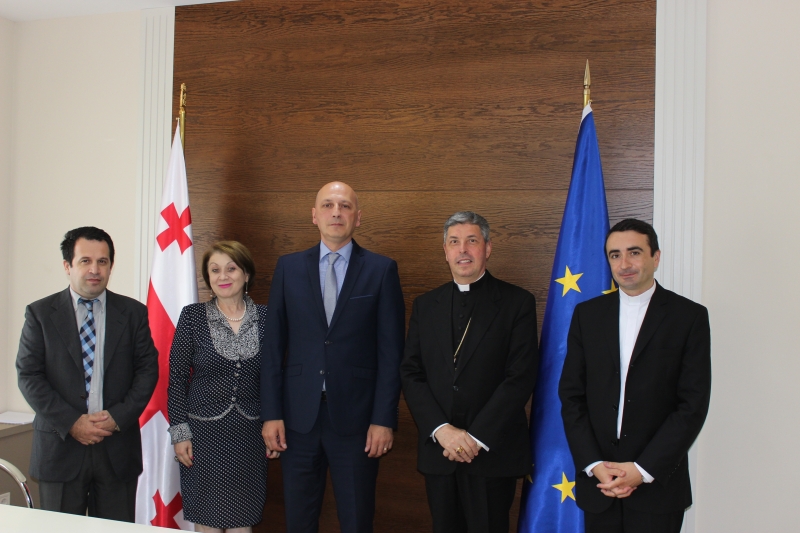 
Today the Chairman of the State Agency of Religious Issues Zaza Vashakmadze met with Vatican Ambassador Archbishop Jose A.Bettencourt. The meeting was attended by Fr. Mihaita Blaj Secretary of the Apostolic Nunciature in Georgia, Armenia and Azerbaijan, Nino Chavchavadze and Sergo Parulava.

At the meeting Vatican Ambassador emphasized that the Vatican recognizes the territorial integrity of Georgia and specially respects the Georgian Orthodox Church, actively cooperates with the Georgian state.

Zaza Vashakmadze highlighted the importance of Georgian Catholics in the development of the state and Georgian culture. He thanked Vatican and Pope Francis for supporting Georgia's territorial integrity, for the recognition policy and noted that has prinipal importance because Vatican and the Pope have great authority in both political circles and in ordinary citizens. The Chairman of the Agency recalled the 2014 visit of the Agency staff in Rome, meeting with Pap Francis and two important figures: Cardinal Jean-Louis Torren, head of the Interreligious Dialogue Pontifical Council and Secretary of the Pontifical Council of Legislative Texts, Bishop Juan Ignacio Aieta.

The Vatican's new ambassador was introduced the concrete steps taken by state of Georgia to support the Catholic Church: From 2014 to date, the state has paid 2 million 300.000 GEL to the Catholic community  For the partial compensation of the damage caused during the Soviet regime. With the direct interference of the agency, all the controversial issues related to the Catholic Church built in Rustavi have been removed, it’s already built and the state is preparing for its solemn opening.