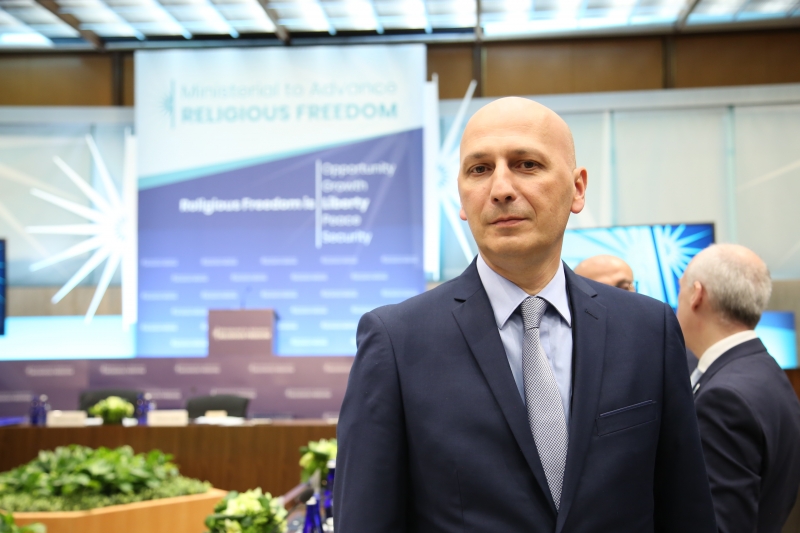 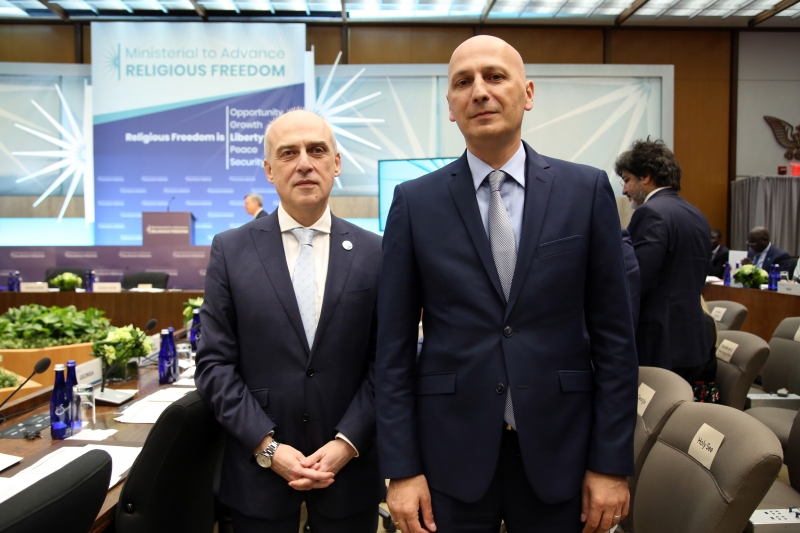 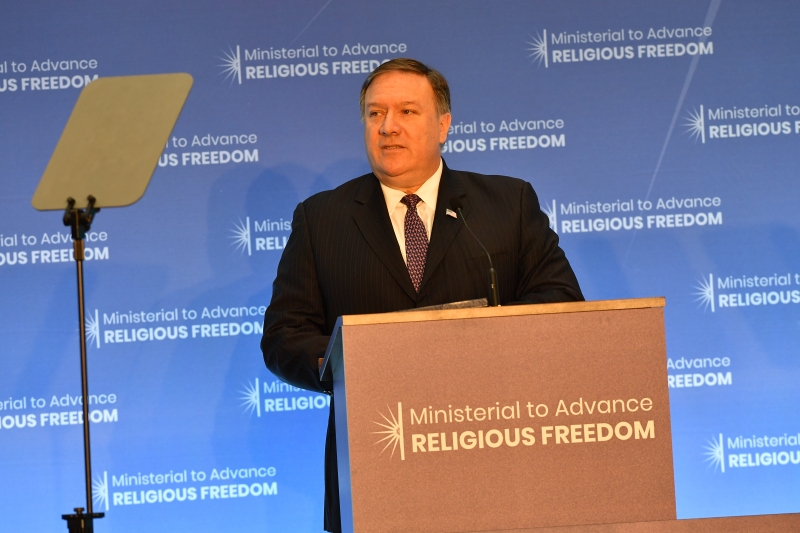 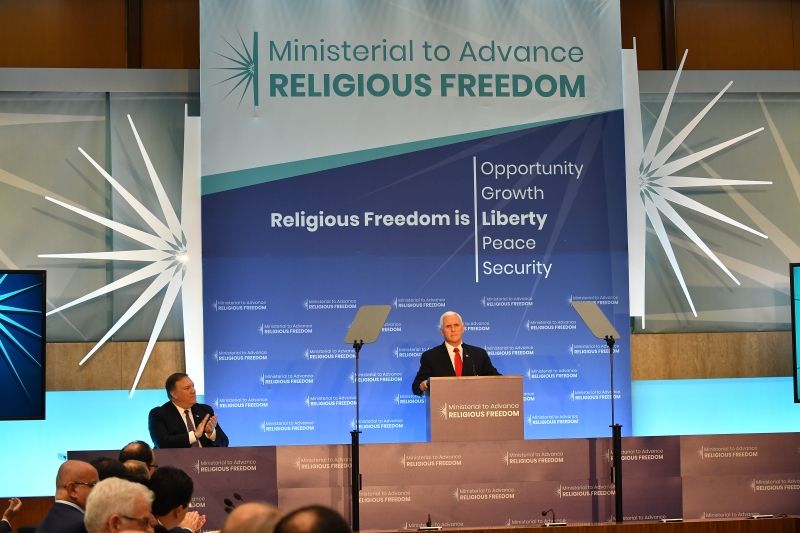 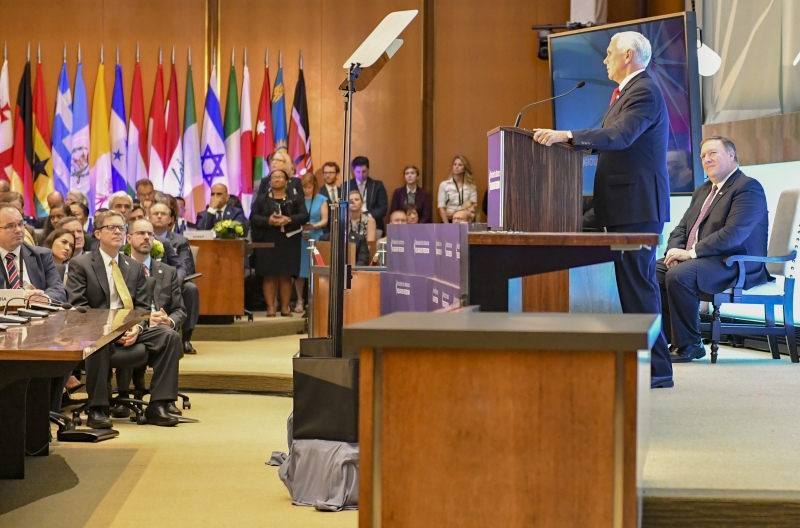 
In Washington the “Ministerial To Advance Religious Freedom” dedicated to freedom of religion was held under the patronage of the US Secretary of State Mike Pompeo. The ministerial of international format was first initiated this year by the US Government which was participated by the delegations including the officials working on foreign and religious issues from about 200 countries. The event was also attended by the religious leaders of different countries, including the Bishop of the North American Diocese of the Georgian Orthodox Church Saba (Intskirveli).

The ministerial was opened by the US Secretary of State Mike Pompeo. The Vice President of the United States Mike Pence delivered extensive speech about the global problems and challenges in terms of freedom of religion as well as security issues in this regard. He also talked about the development of effective future policy for promoting freedom of religion both at international and regional level.

The Minister of Foreign Affairs Davit Zalkaliani emphasized the centuries-old history of Georgia that is rich and exemplary in terms of unique tolerance and multiethnic co-existence for the world society. As the Minister noted, the peculiarity of the Georgian culture expressed in diversity, religious pluralism and inclusiveness had in turn become a determinant of the Georgian nation and its way of life. According to him, to ensure freedom of religion is the key priority of the Government of Georgia and in recent years the Government of Georgia has taken important steps in this direction including the transfer of religious buildings to various religious confessions.

Davit Zalkaliani emphasized the importance of the involvement of religious institutions operating in Georgia in the success of the country’s European and Euro-Atlantic integration.

The Minister of the Foreign Affairs of Georgia focused the attention of the audience attending the international conference on freedom of religion to the facts of human rights wiolation including the violation of the fundamental right of freedom of religion by the Russian Federation and its occupational regime in the occupied regions of Georgia. According to him after the occupation and 2008 military aggression the situation in the occupied regions became complicated. The rights of believers as well as the rights of the representatives of the Georgian Orthodox Church had been violated who had not been allowed for years to hold religious service in this territory and take part in religious activities and holidays. Peaceful population were not allowed to pay visit and respect to the graves of the ancestors. Davit Zalkaliani also talked about the facts of damaging and distorting the historical religious temples in the occupied regions. As he pointed out, by doing this the occupational regime and the Russian Federation were trying to erase the Georgian historical and cultural traces.

The head of the Ministry of Foreign Affairs of Georgia urged international community to react properly to the facts of violation of international law and fundamental human right by the Russian Federation. Davit Zalkaliani on behalf of the Government of Georgia and Georgian people confirmed the readiness to the participants of the ministerial in the future as well to play an important role in the dialogue between the civilizations and in constructing bridges and deepening confidence between different religious and cultural groups in which our country had historically been successful.