Phone: +995 322 990900
NEWS
Meeting of the Representatives of the Muslim Community with the Prime Minister 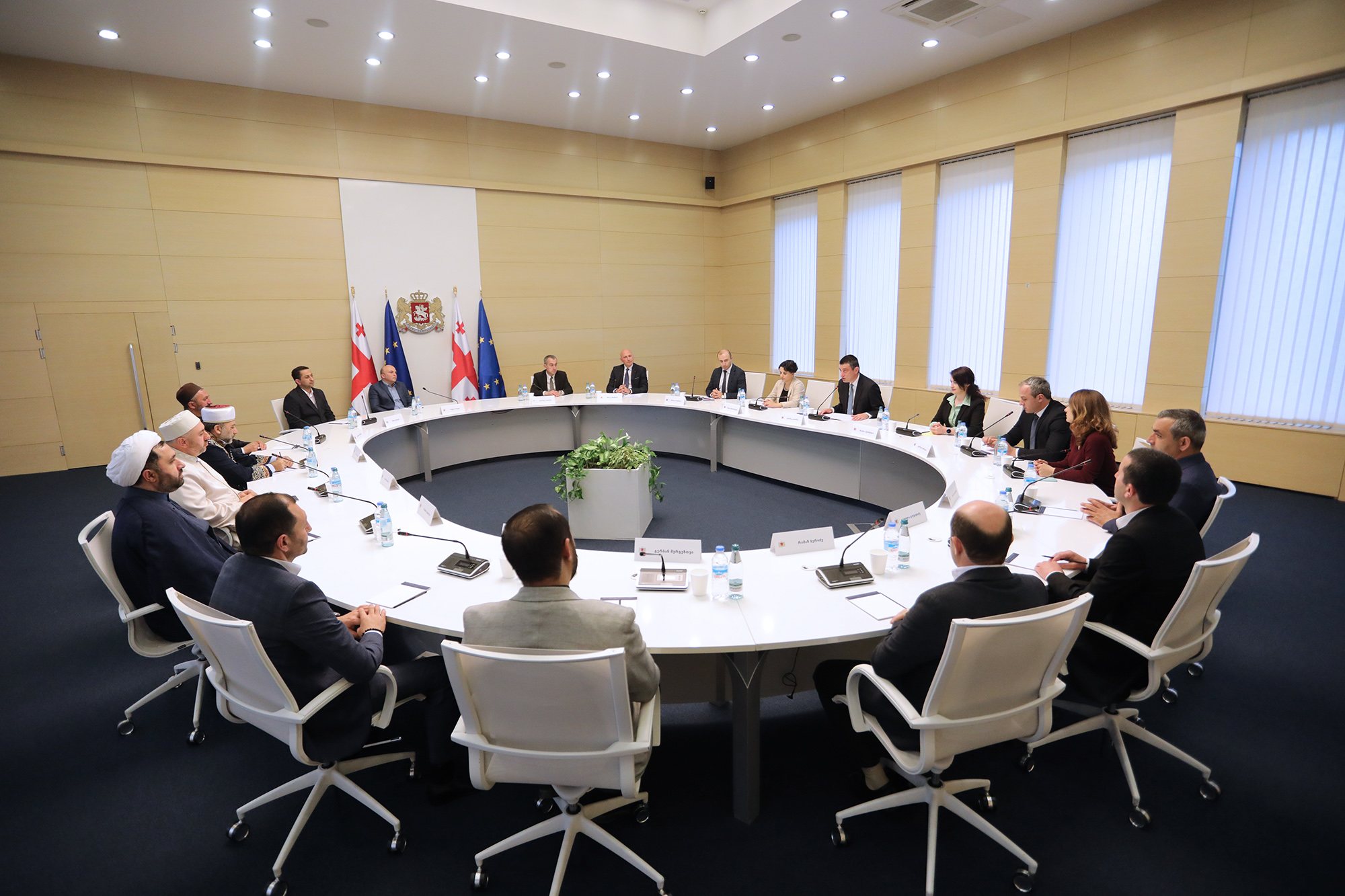 
Today, at the Administration of the Government of Georgia, the Prime Minister of Georgia, Giorgi Gakharia met with the representatives of the Muslim community and congratulated them on the holy month of Ramadan. In his speech, the Prime Minister especially noted the friendly relations between the representatives of different religions in Georgia, which contributes to the peaceful development of the country. Giorgi Gakharia congratulated the guests on Ramadan Bayram and wished them peace and prosperity.

It is noteworthy that according to the tradition established in recent years, the head of the Georgian government is holding an Iftar dinner regarding Ramadan Bayram. The format of this year's meeting was, of course, different due to the pandemic of Covide 19.

The meeting with the Prime Minister was attended by the Sheikh Ramin Igidov, Mufti of Western Georgia, Adam Shantadze, Mufti of Eastern Georgia, Yasin Aliyev, representatives of the Administration of All Muslims of Georgia, Chairman of the State Agency for Religious Issues Zaza Vashakmadze, Deputy Chairman Giorgi Ukleba, Head of the Government of Georgia Natia Mezvrishvili, the Deputy Heads of the Administration, Berdia Sichinava and Giorgi Sakhokia.