Phone: +995 322 990900
NEWS
The Chairman of the State Agency for Religious Issues met with the Ambassador of Hungary 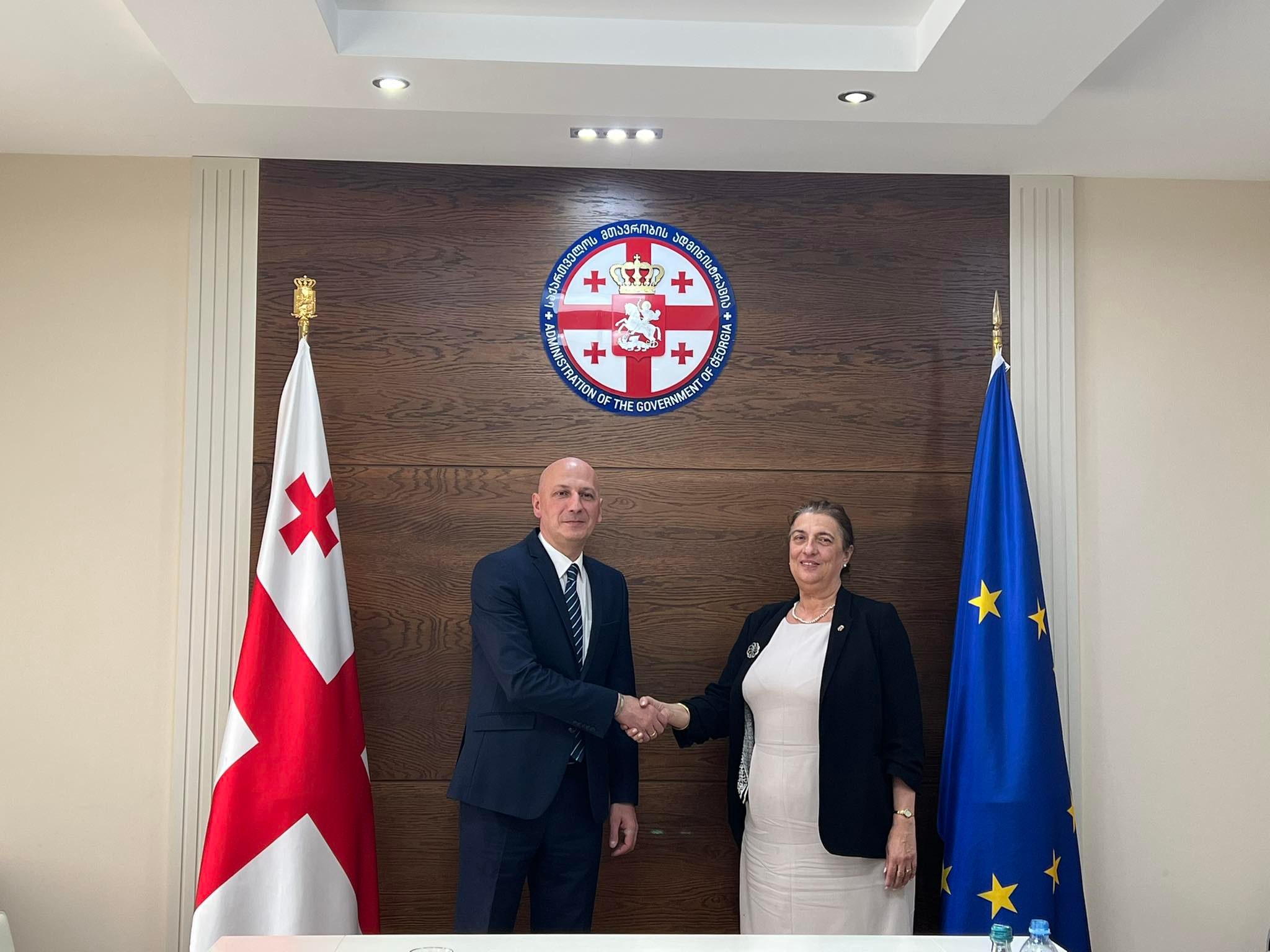 
Today, the Ambassador Extraordinary and Plenipotentiary of the Republic of Hungary to Georgia, Anna Maria Siko, paid a visit to the Chairman of the State Agency for Religious Issues, Zaza Vashakmadze.

Zaza Vashakmadze introduced the guest to the history of the establishment of the State Agency for Religious Issues, its goals and objectives, the religious policy of the state of Georgia. The Chairman noted the projects implemented by the Agency for the protection of religious freedom, the promotion of a tolerant environment, and the activities carried out within the framework of the Government Action Plan for Human Rights. The guest was interested in the issues of financing religious denominations and the transfer of religious buildings. According to the ambassador, she has visited many countries around the world, however, she does not know the precedent of harmonious coexistence of Shiite and Sunni Muslims of Georgia, in particular, praying in one mosque, which is a unique experience.

The Ambassador thanked the Chairman of the Agency for the warm welcome and expressed his desire to work closely with the Agency.

At the end of the meeting, the Chairman of the Agency presented the Ambassador of Hungary with the publications of the Agency, namely - "Occupied Heritage", "Religions in Georgia" and "Functioning Cult Buildings in Tbilisi".