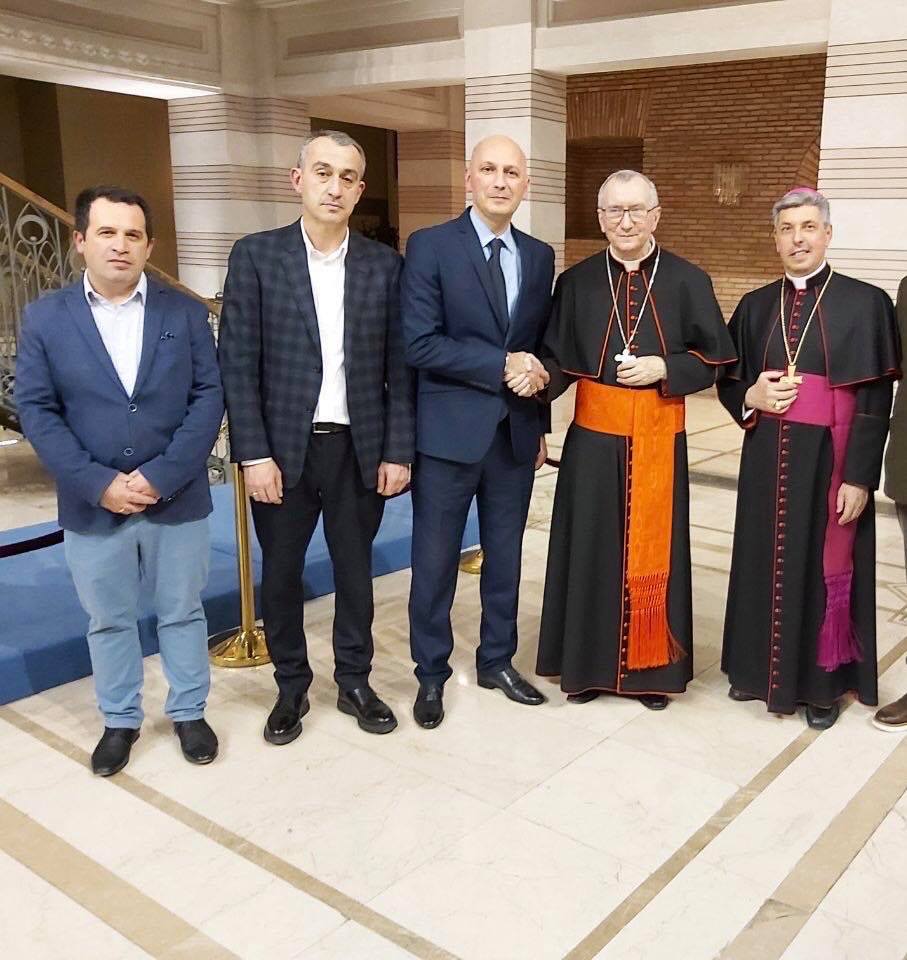 
On December 28, at the reception in Tbilisi City Council the State Agency for Religious  Issues met with Cardinal Pietro Parolin, who is on an official visit to Georgia. Fascinated by Georgian cultural and religious traditions, the Cardinal presented the invited guests with Pope Francis's greetings and goodwill towards Georgian people.

According to the secretary of state, the Holy See was one of the first members of the international community to recognize Georgia's independence and open a diplomatic mission in Tbilisi. In accordance with Cardinal Parolin, the Holy See fully supports Georgia's sovereignty and territorial integrity, to prove that he visited the occupation line.