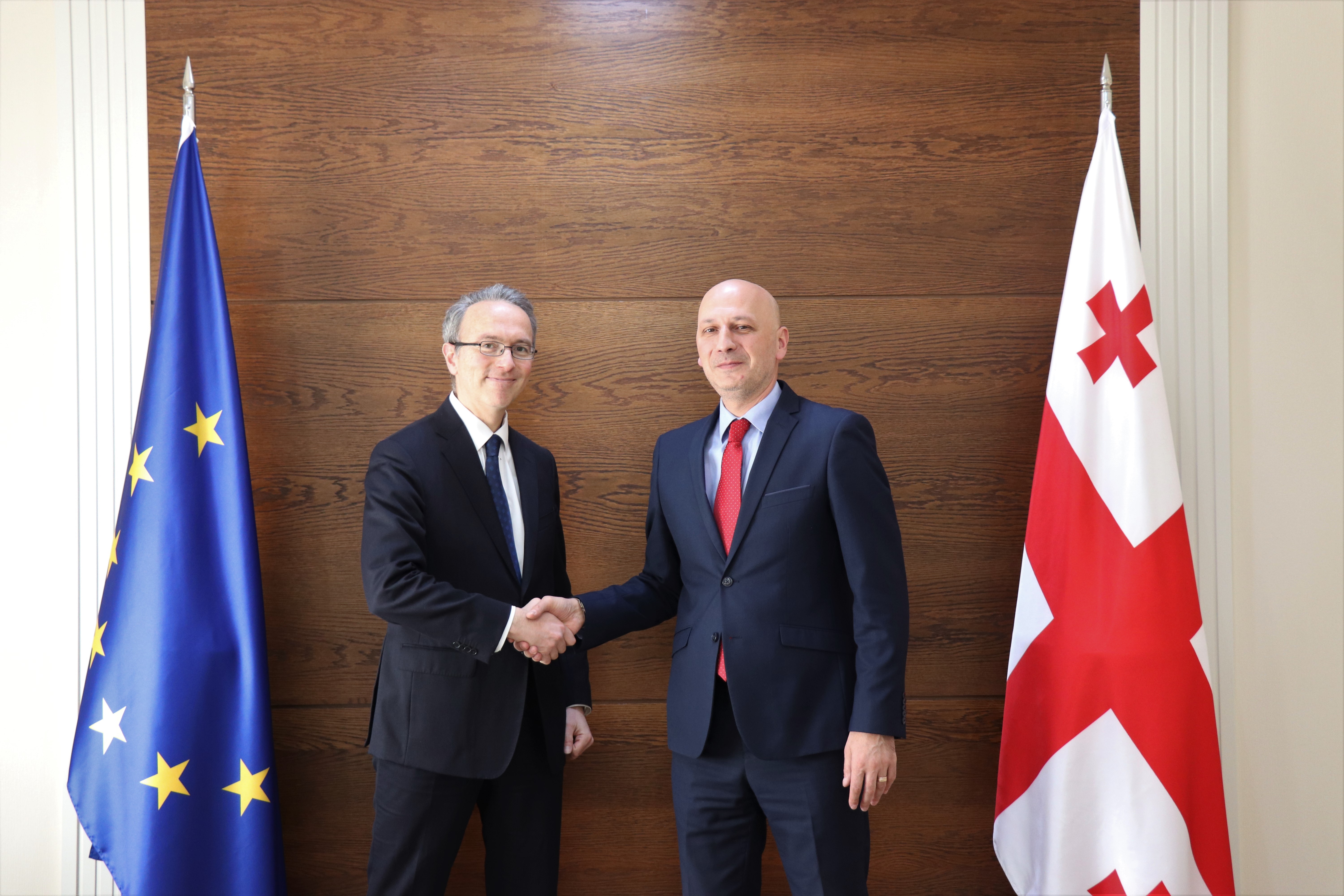 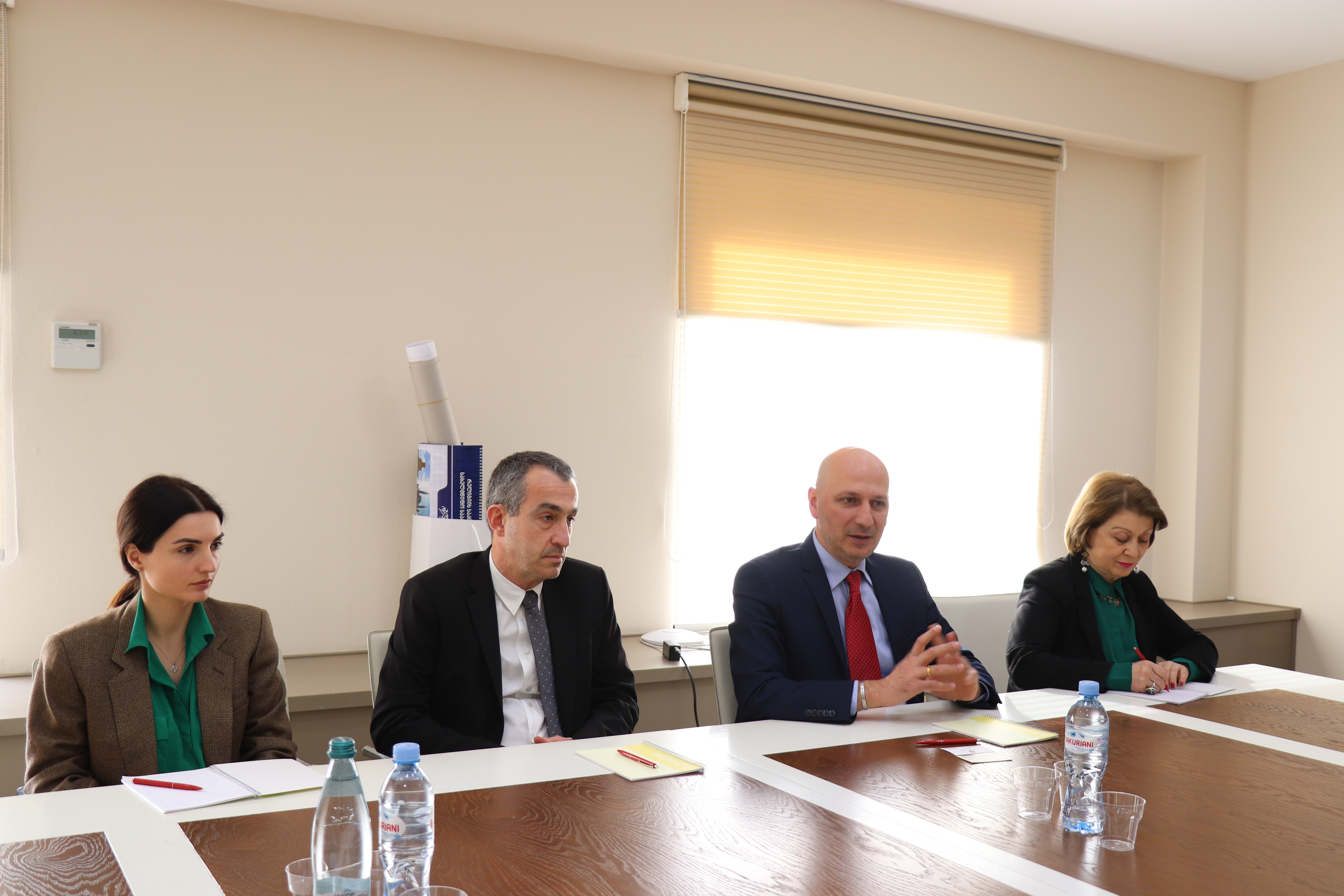 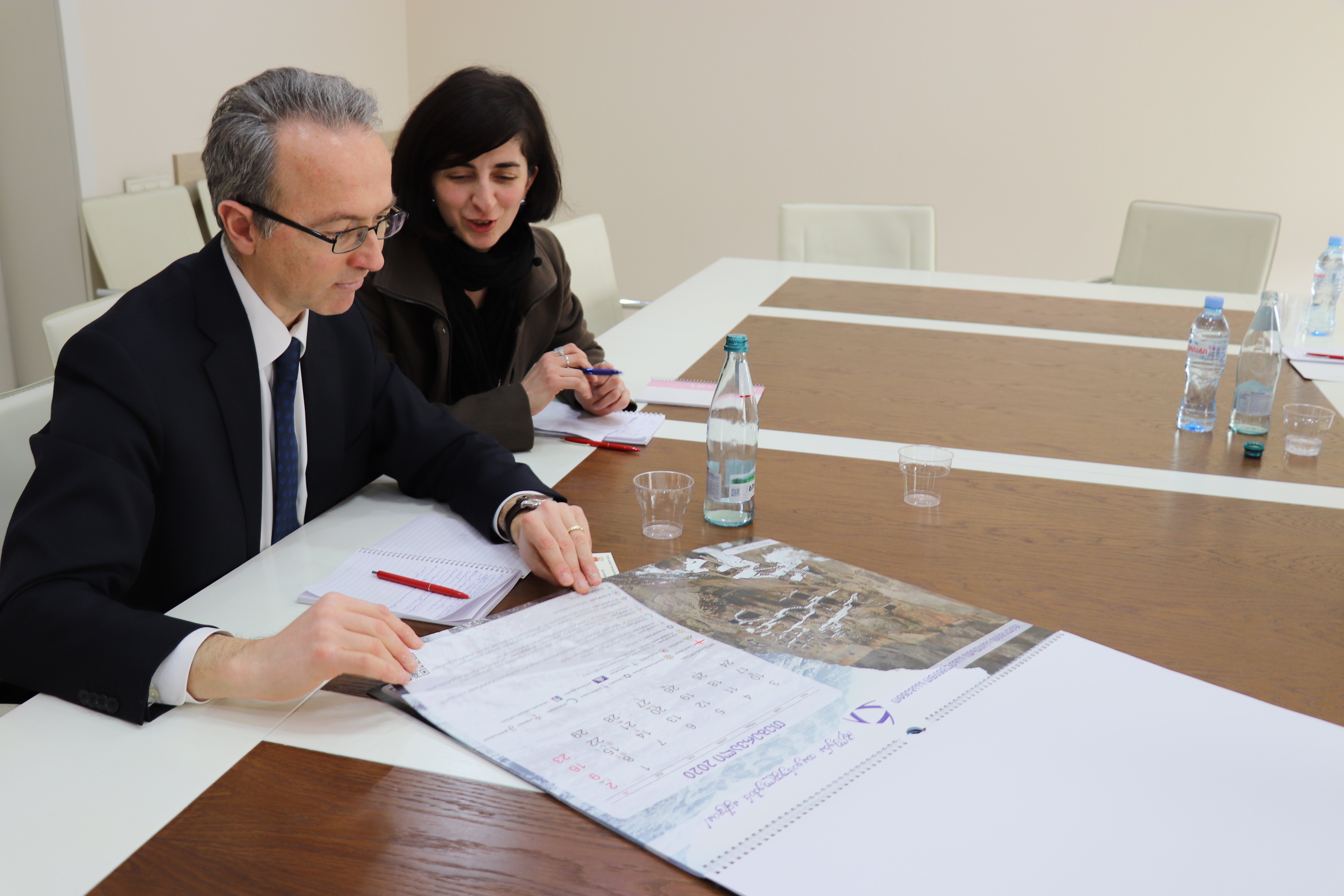 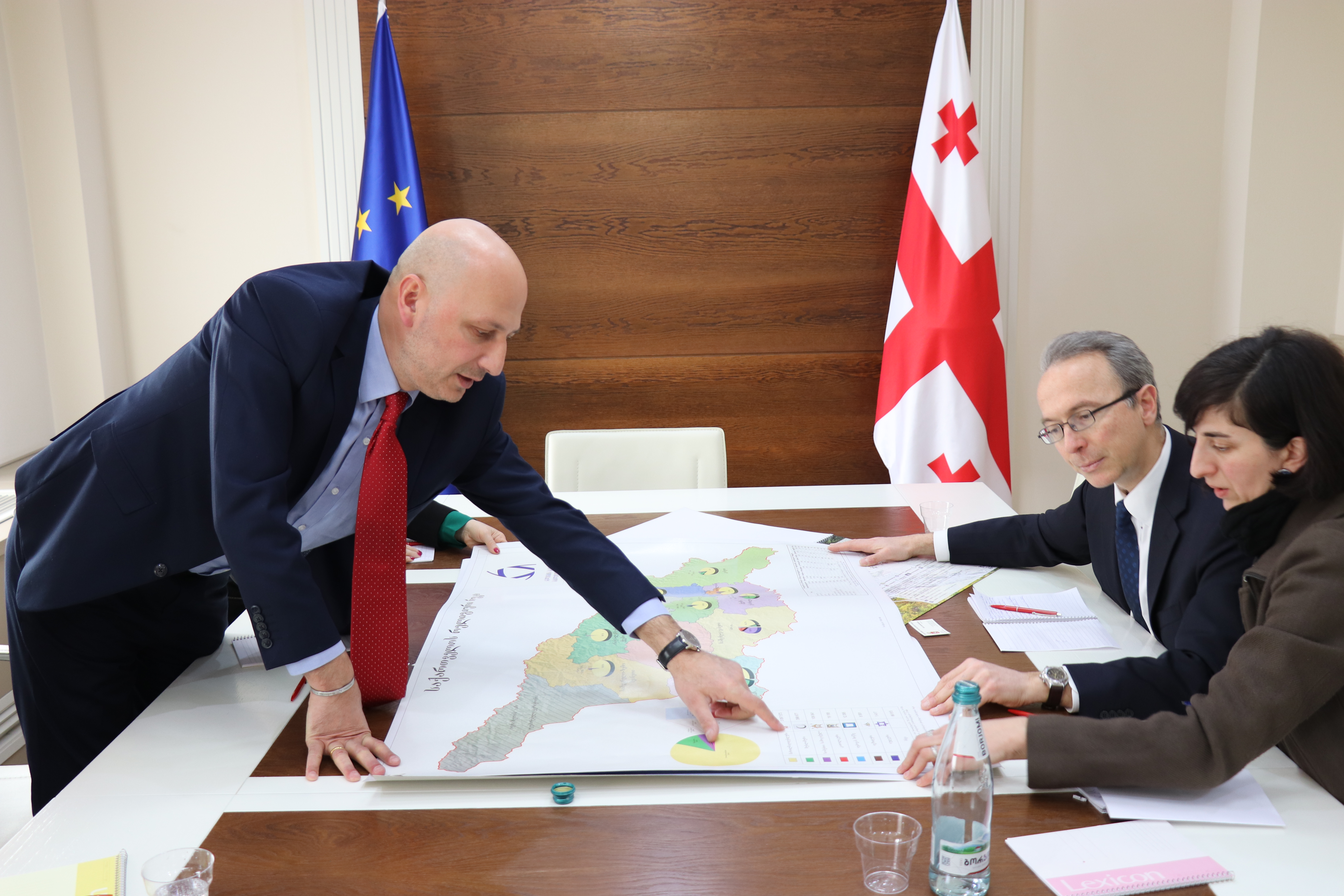 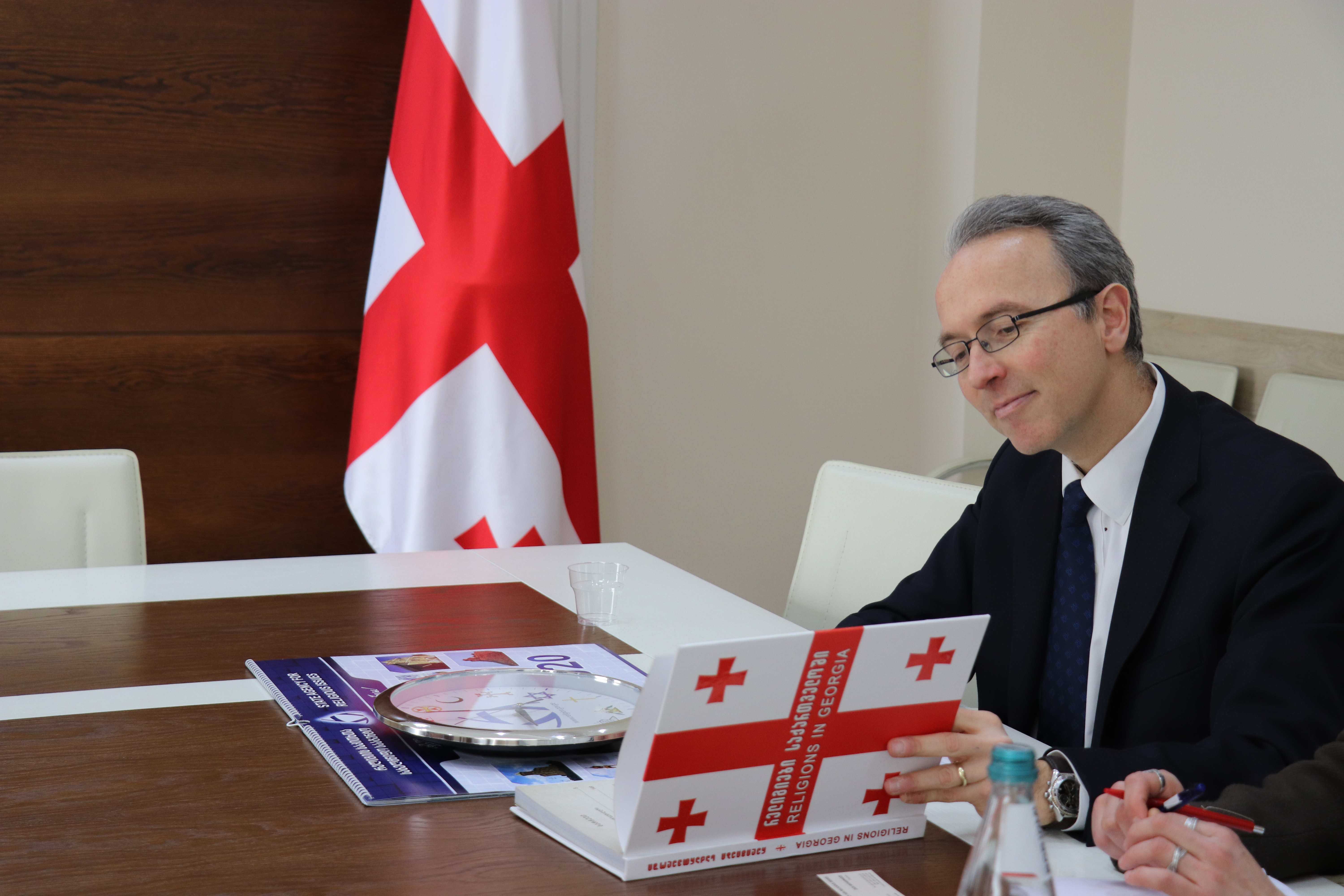 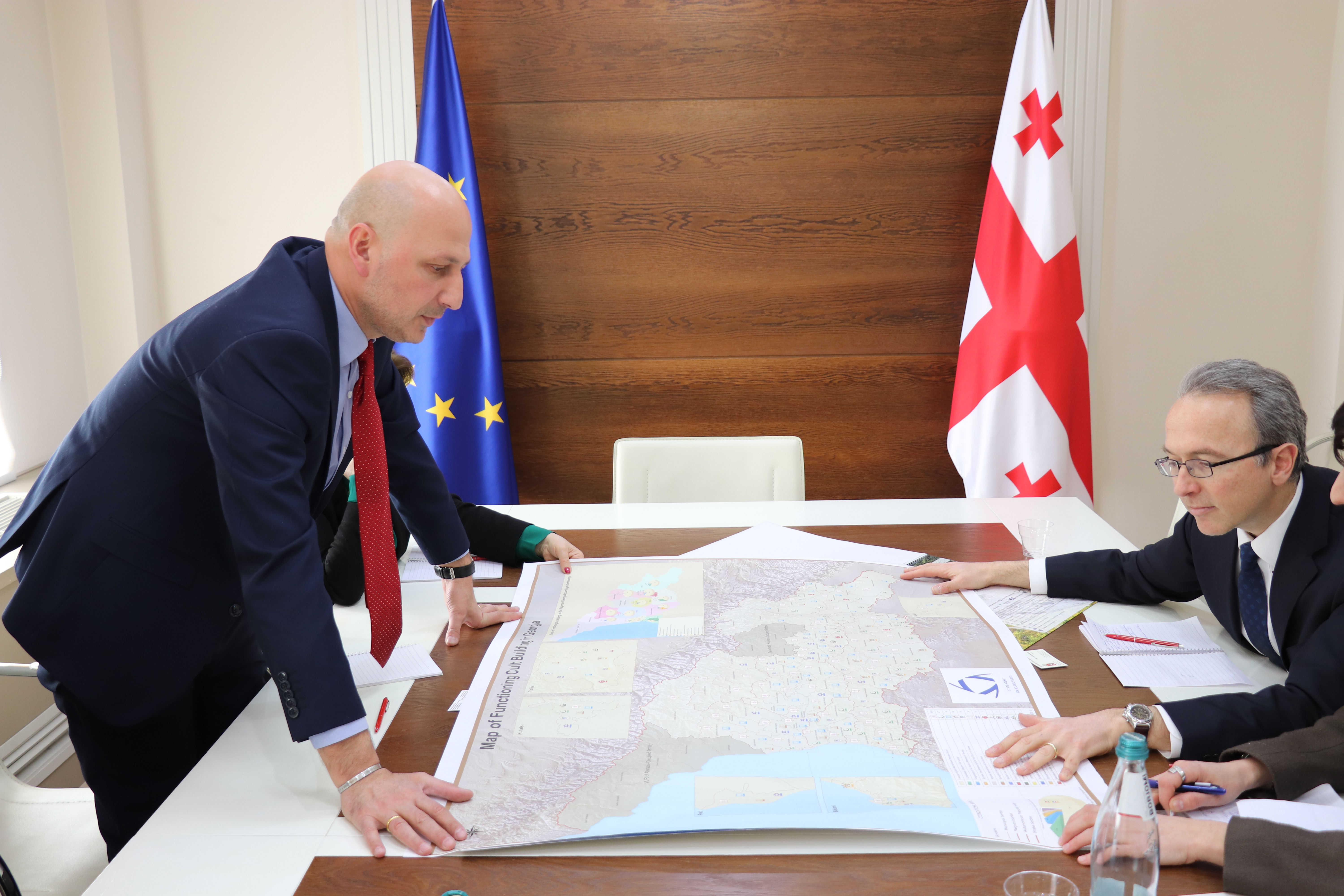 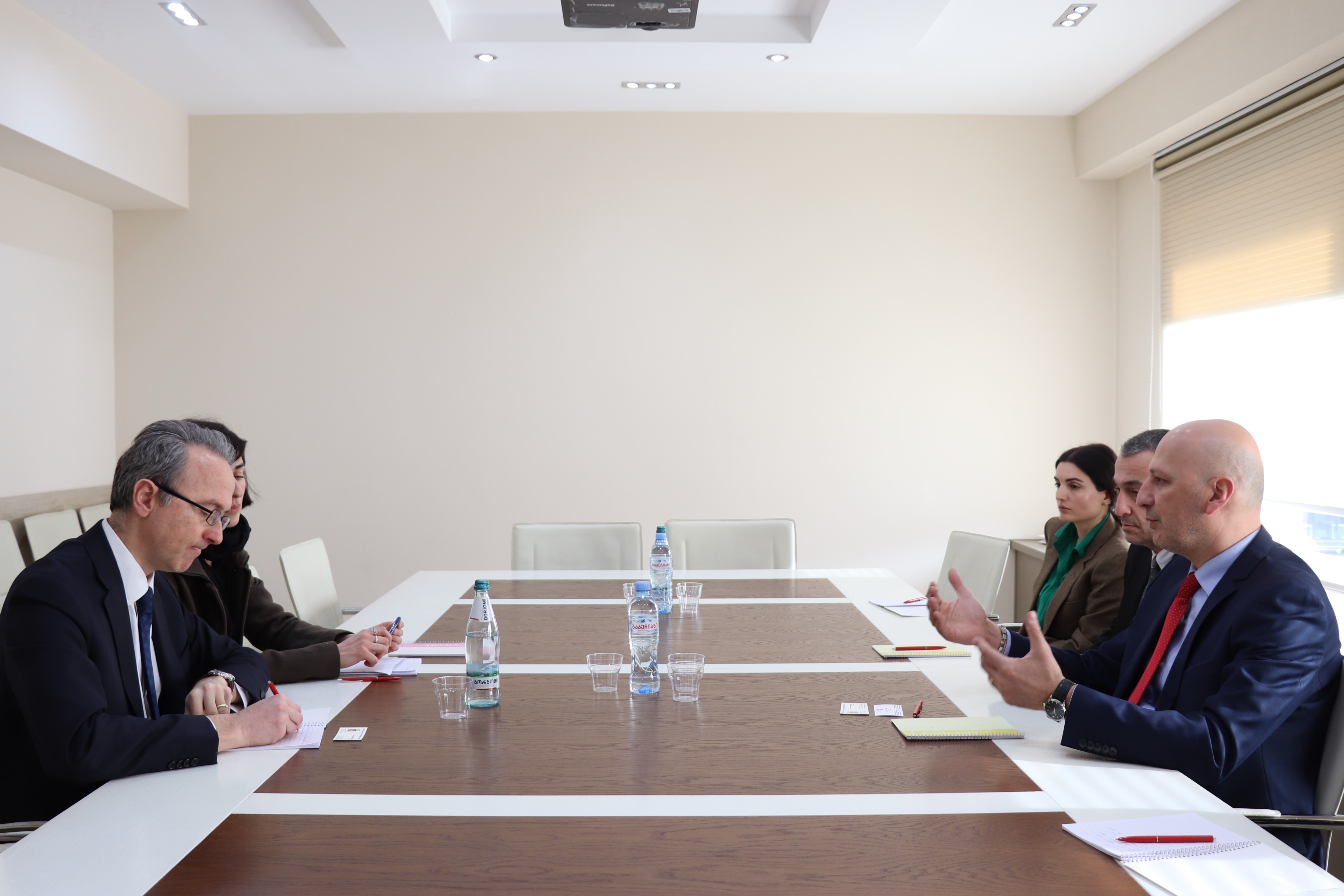 
Zaza Vashakmadze, Chairman of the State Agency for Religious Issues, hosted Enrico Valvo, the newly appointed Ambassador Extraordinary and Plenipotentiary of the Republic of Italy.

Zaza Vashakmadze congratulated the Ambassador on his appointment and wished him success in his future activities. The chairman of the Agency of Religion introduced the guest to the religious policy of Georgia, as well as provided information on the financing of state-owned confessions and the transfer of cult buildings. They also discussed the activities of the Interreligious Council and the projects implemented by the Agency of Religion.

The chairman of the agency briefed the ambassador about Christianity. He also introduced a unique model of Georgian Islam. According to the ambassador a clear example of Georgian religious tolerance was the historic center of Tbilisi when he saw the religious buildings of various religious confessions located in a small area.

The guest was also interested in the constitutional agreement - Concord signed between the Georgian State and the Church, which is similar to the Italian model.

The ambassador noted that a counterpart organization of the Agency of Religion in Italy is under the auspices of the Ministry of the Internal Affairs, which helps to reduce the threat of extremism and radicalism.

Enrico Valvo thanked the chairman of the State Agency for Religious Issues for providing information. He welcomed the projects implemented by the agency and noted that the state's support for religious organizations was appreciated. He also emphasized the chairman's experience in theological matters. The ambassador expressed his willingness to facilitate future cooperation with the Agency and to promote relations with a counterpart organization in Italy.

The chairman of the Agency expressed hope that cooperation with the new ambassador would further enhance and strengthen the friendship between the two countries.