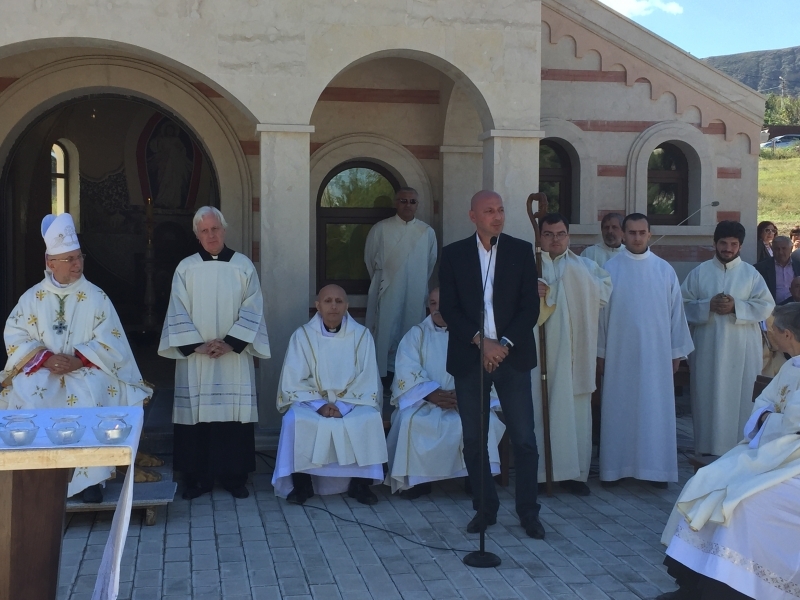 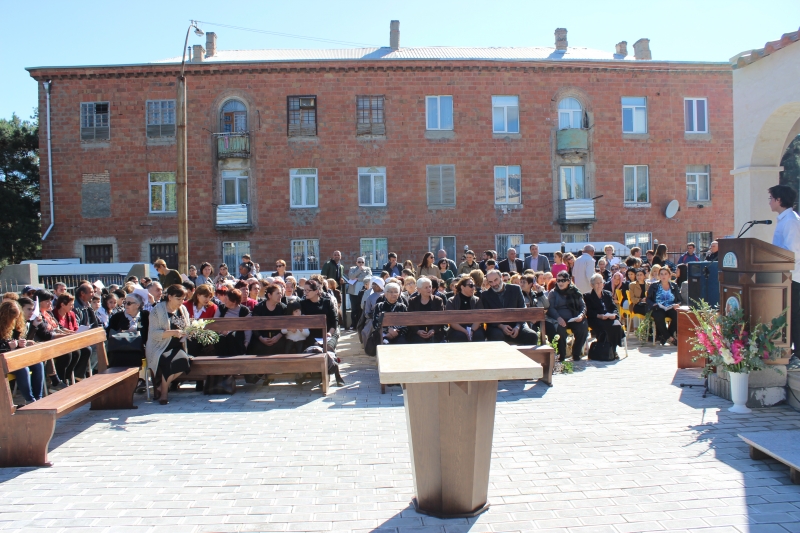 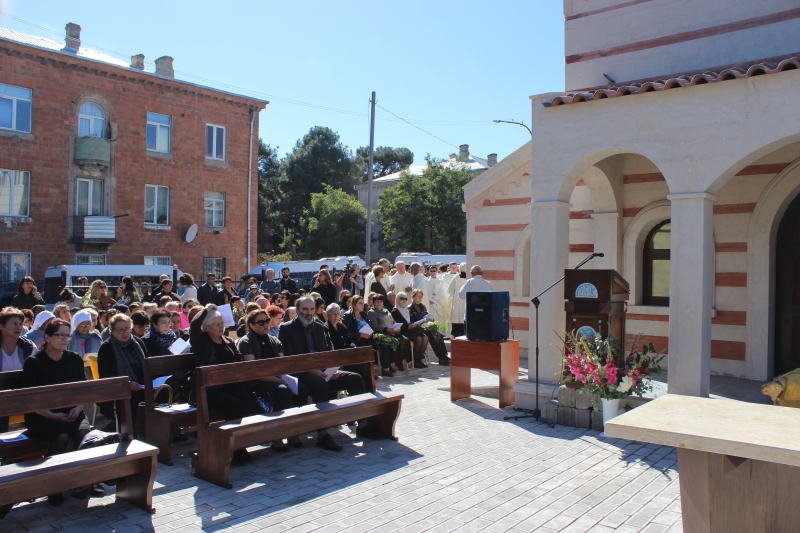 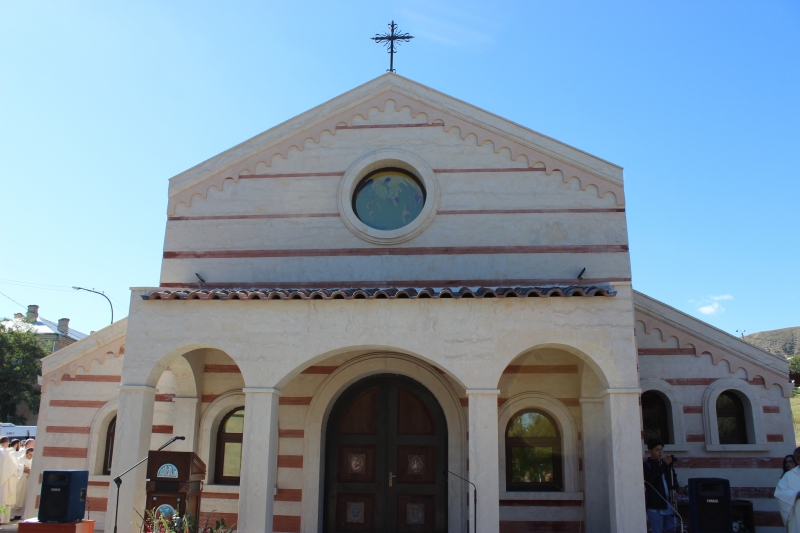 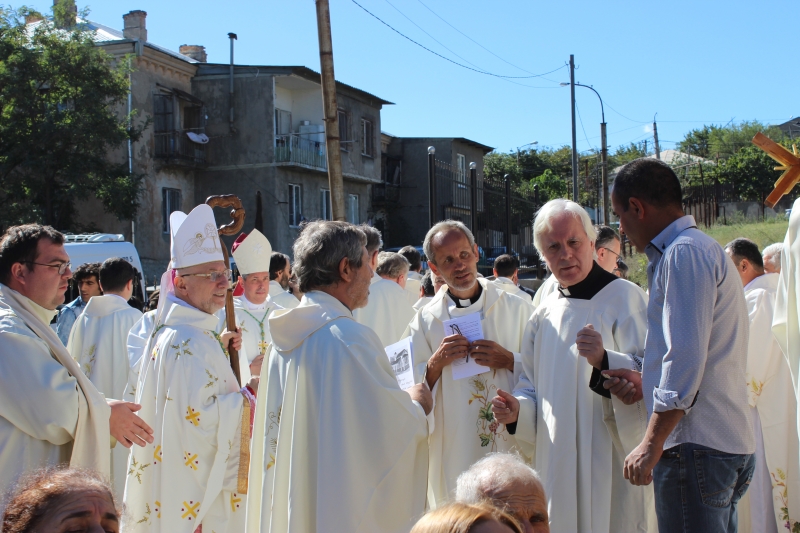 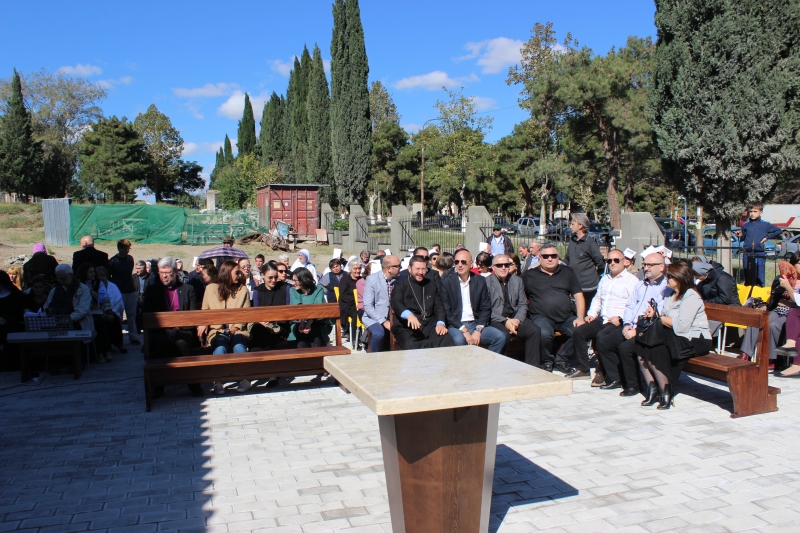 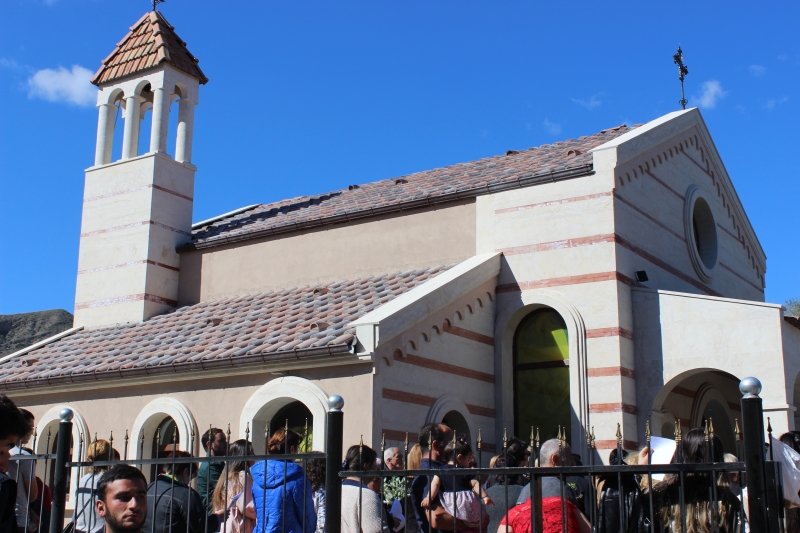 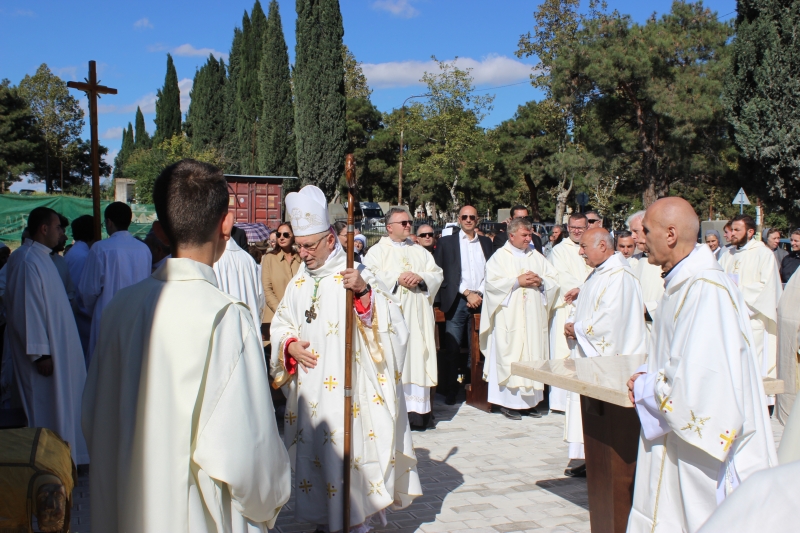 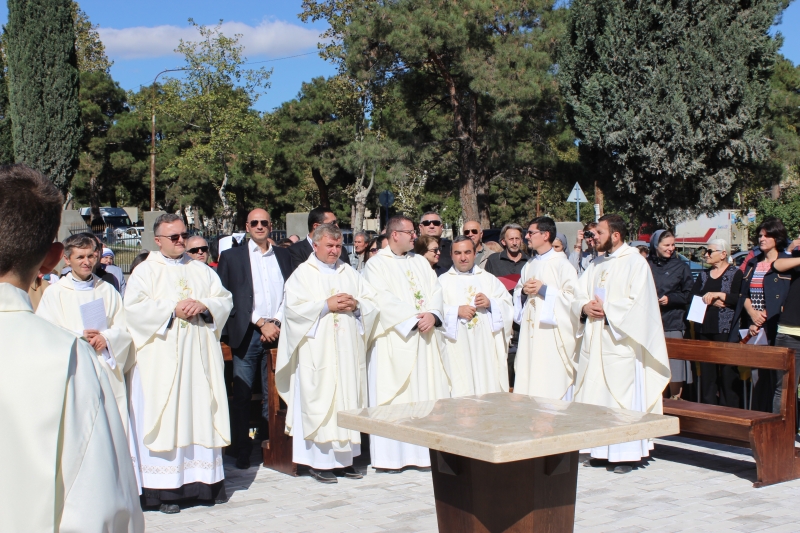 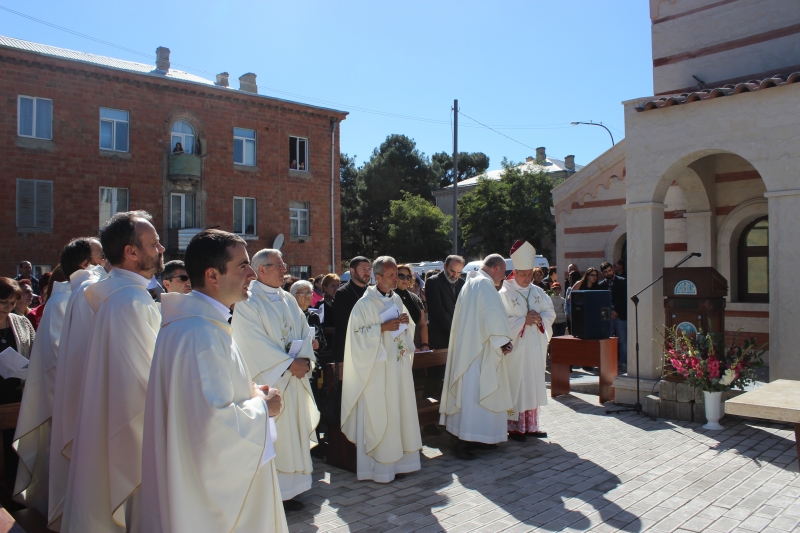 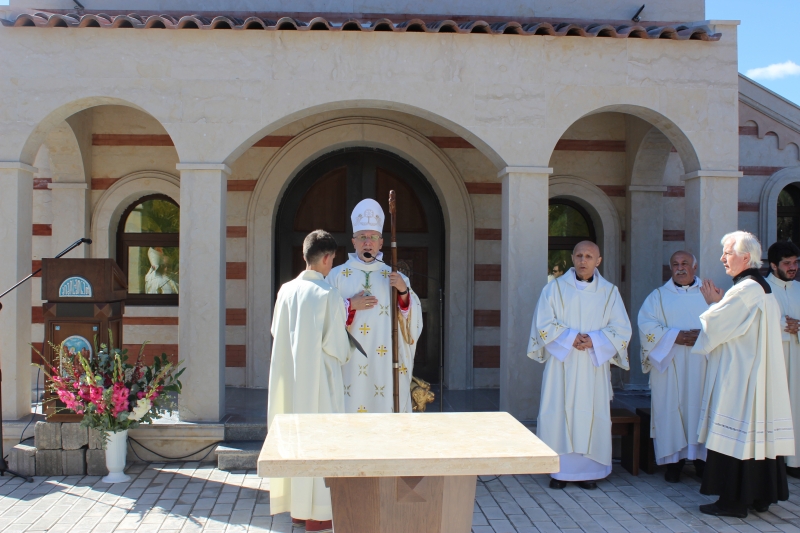 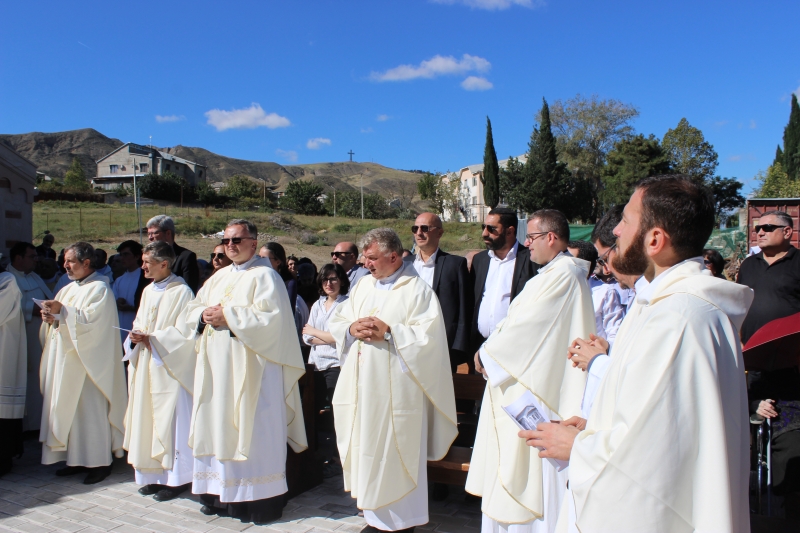 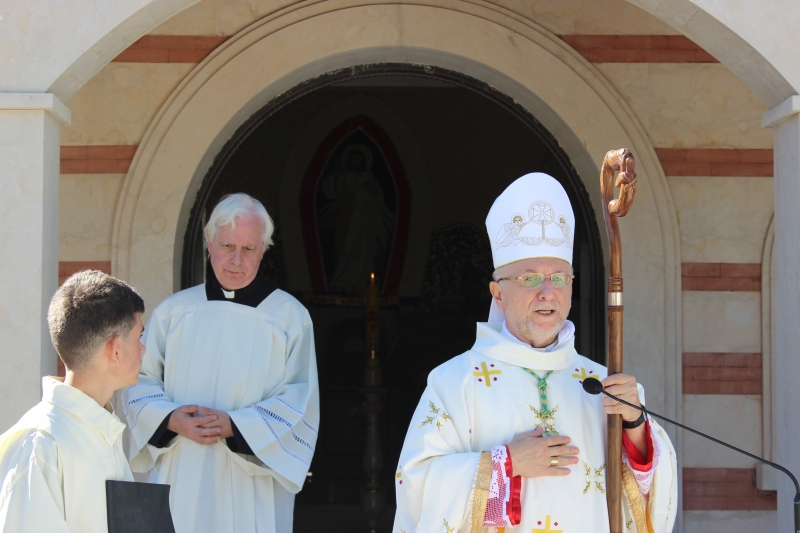 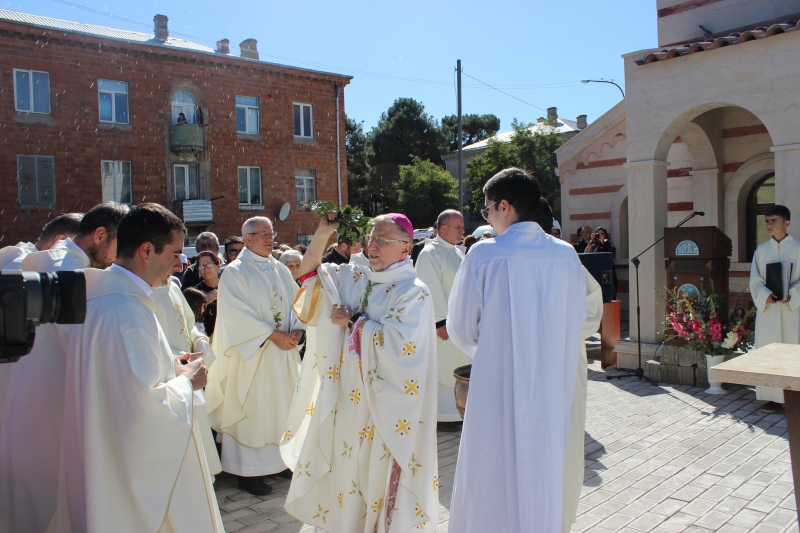 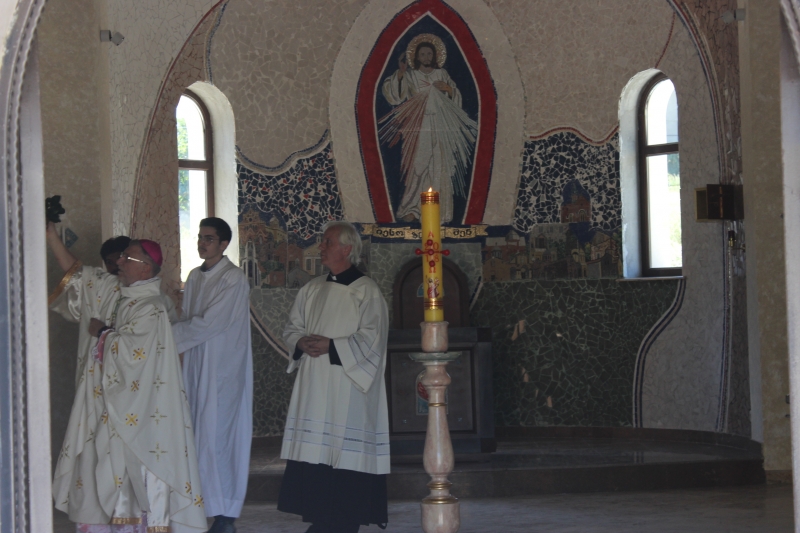 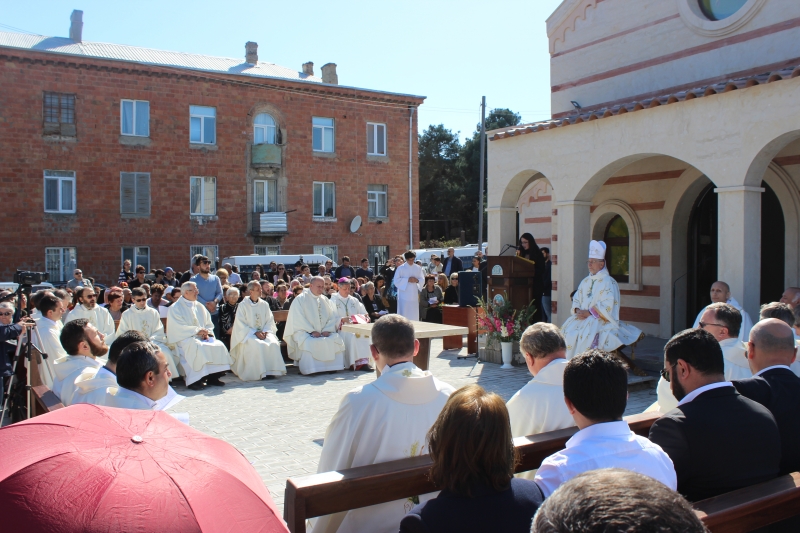 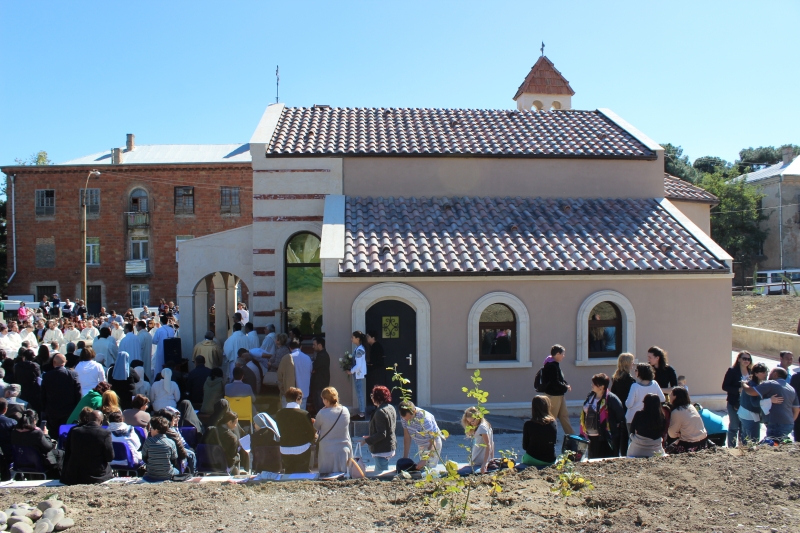 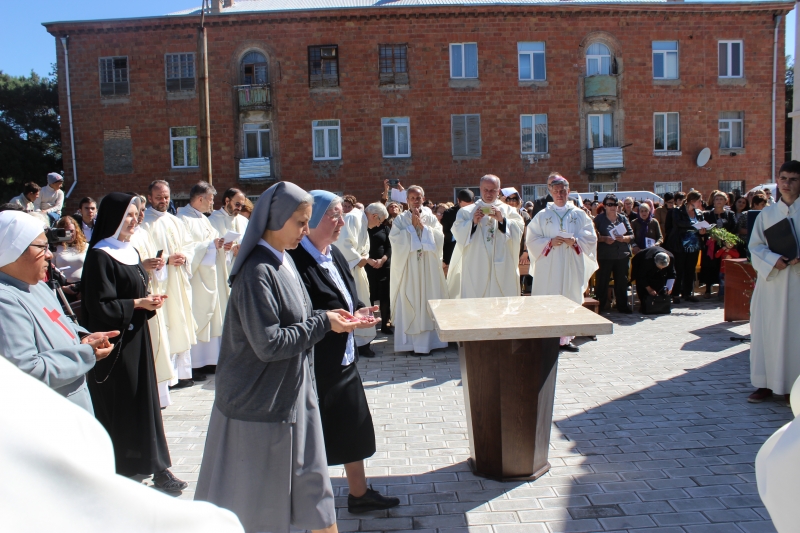 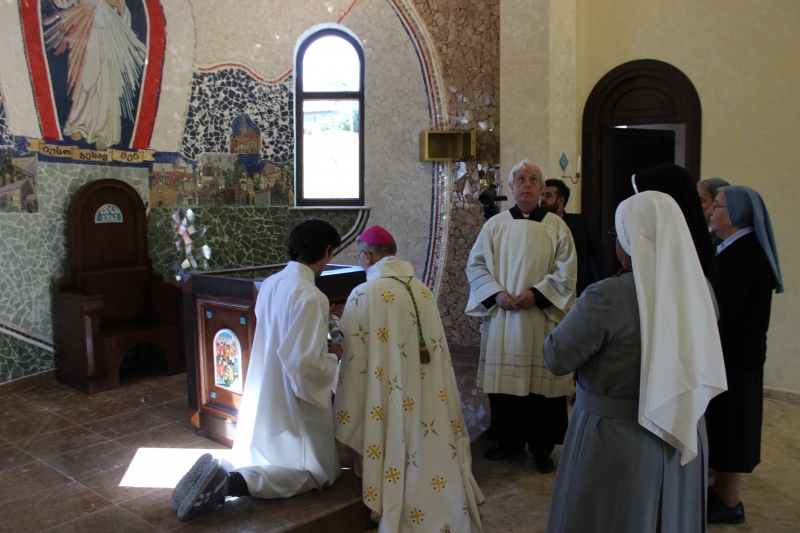 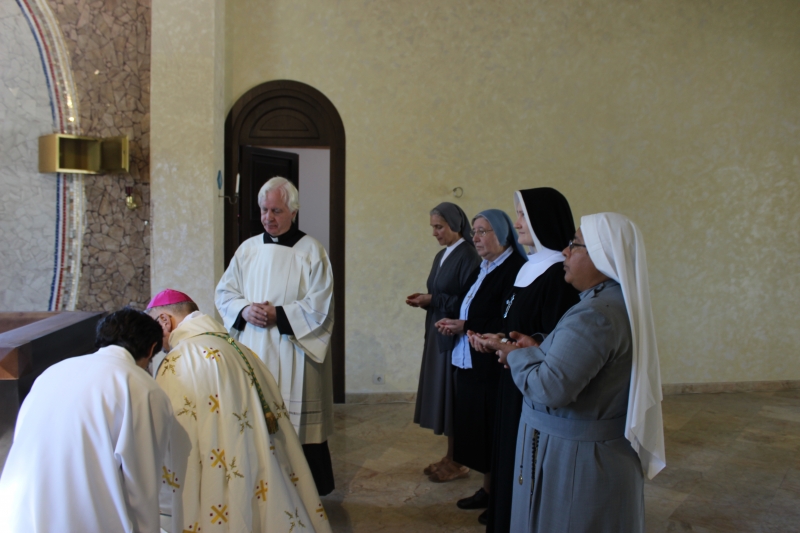 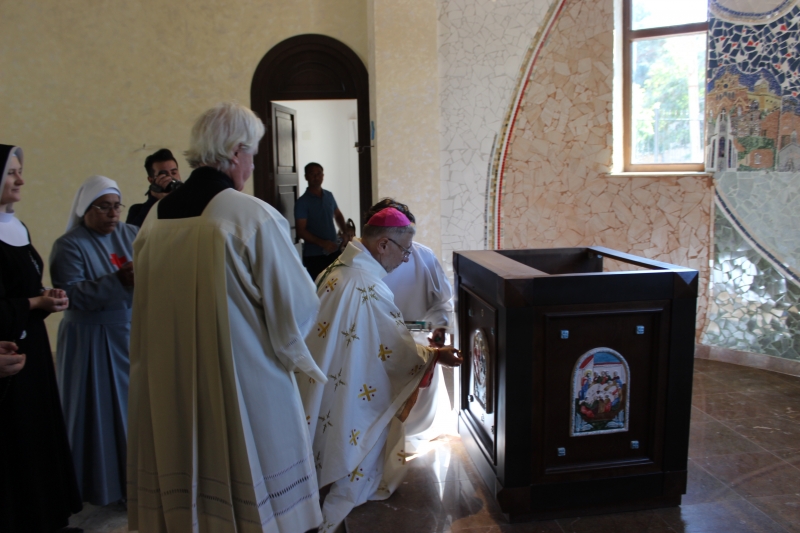 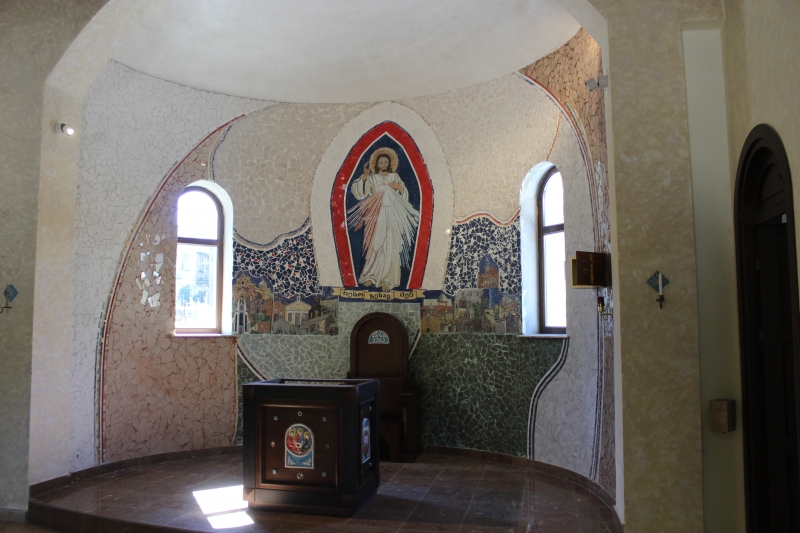 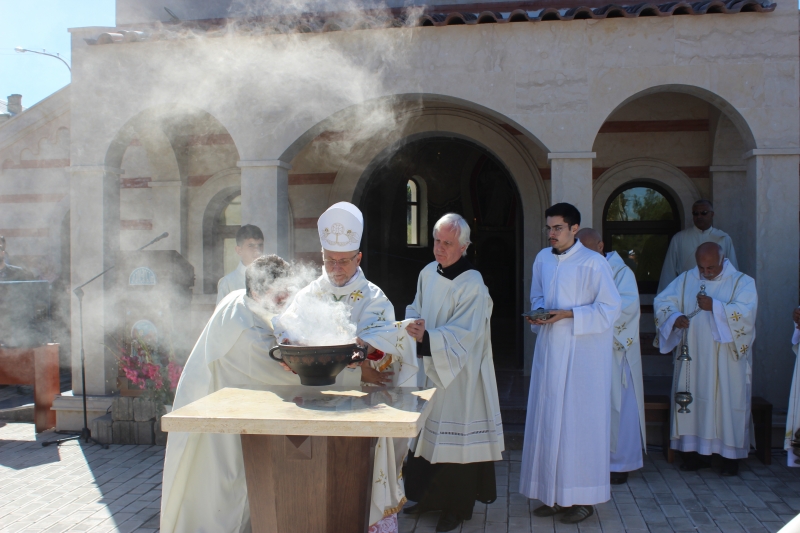 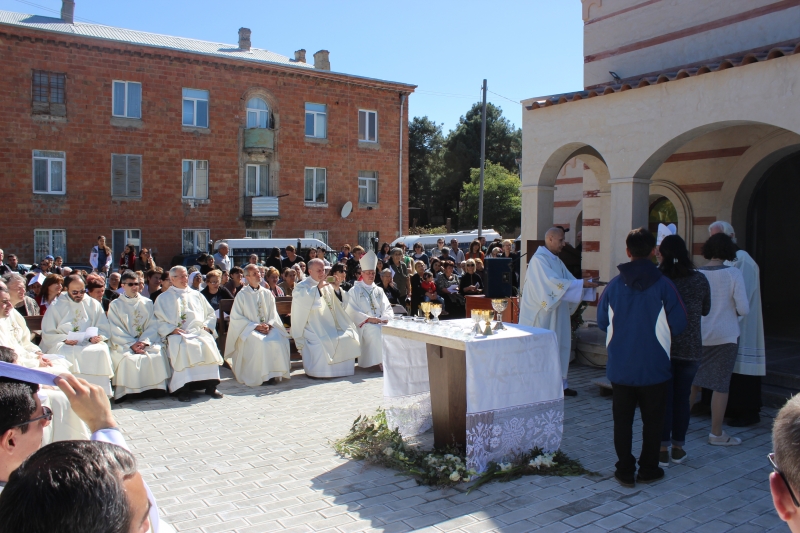 
The Catholic Church “Merciful Jesus” was opened in Rustavi. Zaza Vashakmadze, the chairman of the State Agency for Religious Issues, the agency staff, Vatican Ambassador to Georgia, and the representatives of the local authorities and various religious organizations operating in Georgia attended the opening of the church.

The ceremonial service was performed by Giuseppe Pasotto, the Bishop of the Apostolic-Administration of the Caucasus and the catholic priests.

After the end of the service the bishop addressed the public and the parish. He thanked the State Agency for Religious Issues for the efforts made in the construction of the church.

The Vatican Ambassador to Georgia Monsignor Jose Avelino Bettencourt delivered a speech before the parish and the public. He sent the greetings and blessings of Pope Francis to the audience. The Ambassador talked about the importance of opening the church and specially thanked the chairman of the State Agency for Religious Issues for his immediate efforts and engagement.

Zaza Vashakmadze the chairman of the State Agency for Religious Issues addressed the gathered society and congratulated the Catholics of Rustavi on opening the church. Zaza Vashakmadze recalled the celebratory day of installing the symbolic stone blessed by Pope Francis in the wall of the church under construction. According to him this fact once again emphasizes the close and friendly relations between the Catholic Church and the Georgian state: “Today, the opening of the Catholic Church in Rustavi is a proof of how the problems that may exist in this sphere can be solved through mutual cooperation and dialogue among the agency and religious organizations”.