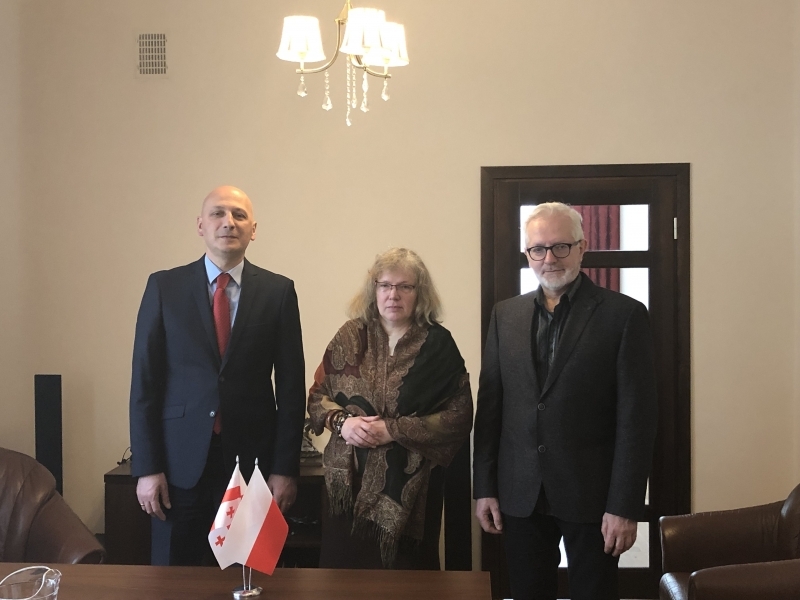 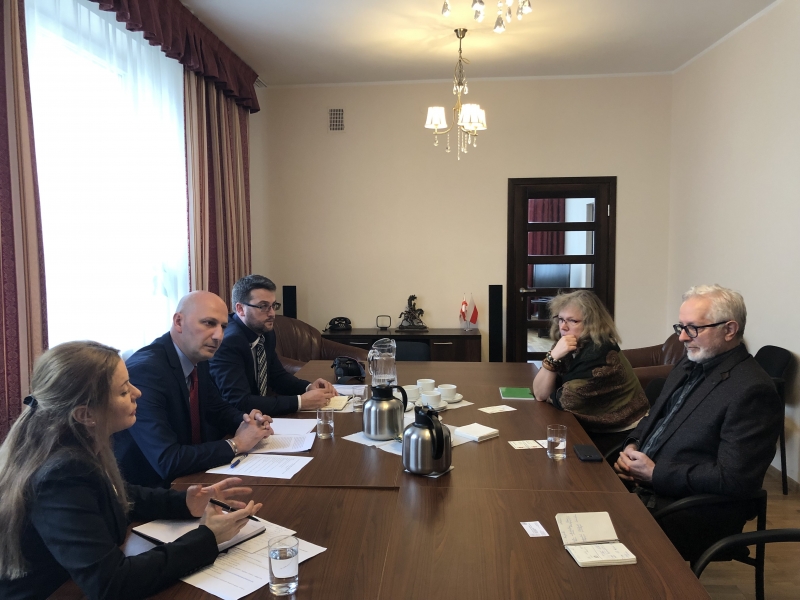 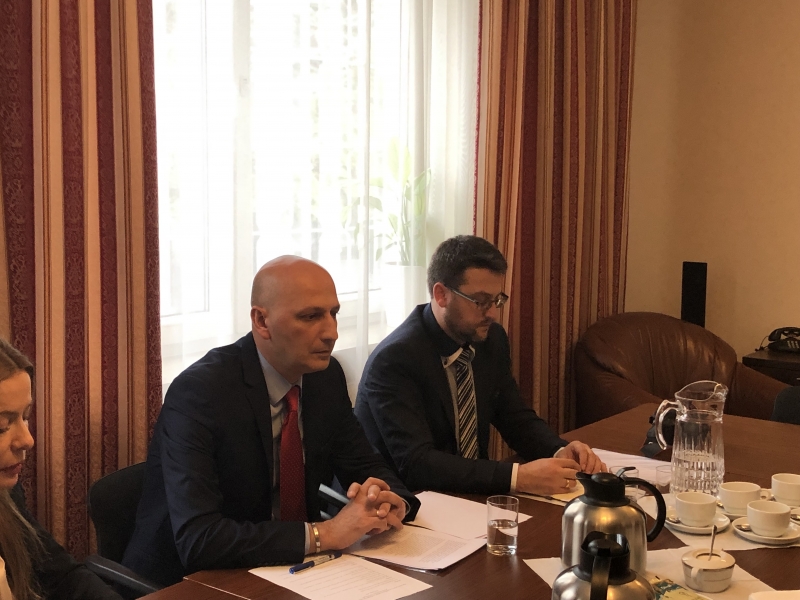 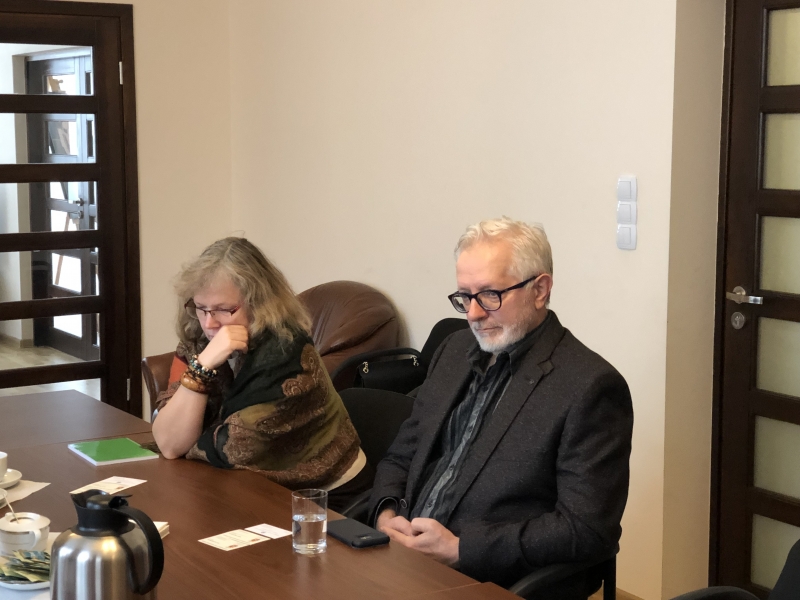 
Official Visit of the State Agency for Religious Issues to the Republic of Poland started. Today, on March 15, the first meeting was held at the "Common Council of Catholics and Muslims". The meeting was attended by the Presidents of the Council - Agatha Nalborkić (Catholic Community Representative) and Andrzej Saramovich (representative of the Muslim community). The Georgian delegation was represented by the chairman of the State Agency for Religious Issues Zaza Vashakmadze, Senior Specialist of Legal Maintenance Office Davit Davitashvili and Plenipotentiary and Extraordinary Ambassador of Georgia to the Republic of Poland Ilia Darchiashvili.

The Georgian side informed the hosts about the reforms carried out in the protection of freedom of religion in Georgia, reviewed modern challenges of religious policy and state’s responsive steps.

"Common Council of Catholics and Muslims" is one of the influential NGOs in Poland in the sphere of religion that has been working for 25 years to a rapprochement between the Catholic Church and Muslims. They informed the Georgian side about the challenges in Poland in inter-religious relations and close cooperation of Abraham's religions around common values. 90% of Poland's population is Catholic. The Catholic Church has a concordat with the state, while Muslims comprise 0.1% of the population, 40 000 people.

The interest for bilateral cooperation was identified during the meeting with the representatives of the “Common Council of Catholics and Muslims" and their visit to Georgia was planned.